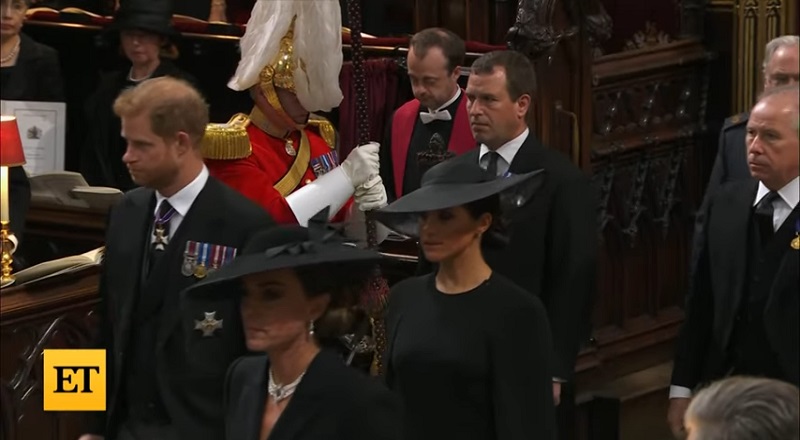 Meghan Markle gets backlash for crying at the Queen’s funeral

Meghan Markle made major headlines, when she and Prince Harry got married. Four years ago, Meghan and Prince Harry were all of the talk. As a mixed race Black woman, Markle was the first person of African descent to marry into the Royal family. In addition, she had her background as an American actress.

Meghan Markle was not a traditional Royal, by any means. There are a lot of traditions that come with being a part of the Royal family. In the end, Meghan Markle was not willing to bend for all of them. As a result, there were rumors of she and Queen Elizabeth II not getting along. However, there was no actual evidence of this. In the wake of the Queen’s passing, Meghan Markle has been back in the UK.

Meghan Markle attended Queen Elizabeth II’s memorial service, accompanying her husband, Prince Harry. Obviously, this was a somber moment. Despite any tabloid fodder, this is the passing of Prince Harry’s grandmother. Above all, Prince Harry and the rest of the Windsor family are dealing with the loss of their matriarch. When Meghan Markle shared tears ever the loss of her grandmother in law, people on social media had a lot to say about it. For some reason, they have a problem with this, too.

Meghan Markle gets backlash for crying at the Queen’s funeral