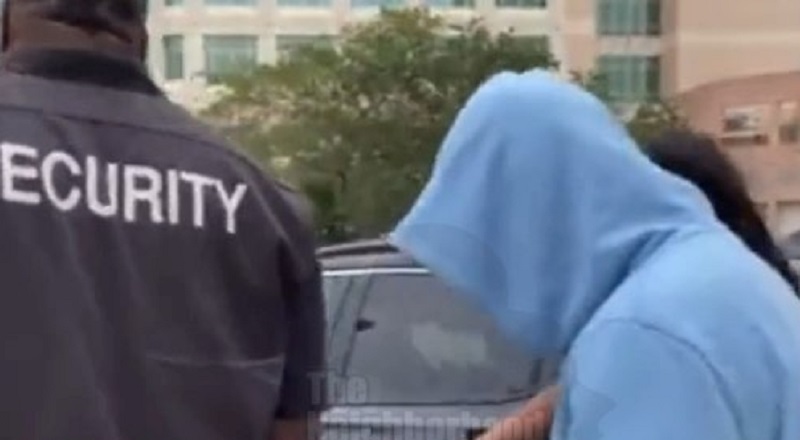 Kodak Black gets mistaken for Flavor Flav after jail release

Kodak Black has become known for his wild antics, just as much as his music. That is a major accomplishment, given how popular Kodak Black’s music is. In 2015, Kodak Black first gained national fame. Two years later, Kodak Black posted his first radio hit, and has averaged at least one hit every year, since.

Kodak Black is one of the biggest rappers in the game. A lot of what Kodak Black does falls under scrutiny. Despite his position as one of rap’s biggest figures, Kodak Black keeps getting in trouble with the law. Yesterday, Kodak Black was on his way to Atlanta for a show. However, Kodak’s vehicle was stopped, and substances were found, resulting in his arrest.

Kodak Black’s attorney spoke out, this morning, saying the situation was going to be handled. As a result, Kodak Black was soon released from jail. Held in Broward County, Kodak Black was released on a $75,000 bond. According to reports, Kodak Black is now on his way to Atlanta to still do the show. Before he was able to get into that, Kodak Black was called Flavor Flav by a fan greeting him, upon his release.

Kodak Black gets mistaken for Flavor Flav after jail release

More in Hip Hop News
Yung Miami denies that she’s in a “PR relationship” with Diddy
Saudia Shuler, of Country Cookin, blasts man for letting his dog drink water from a glass at a restaurant