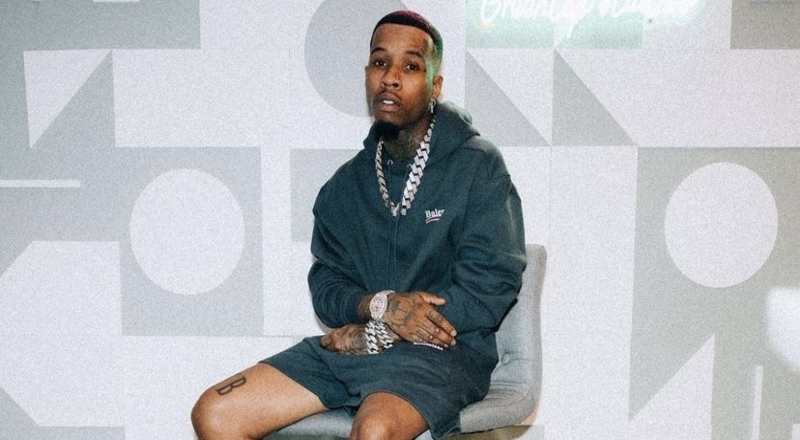 On Wednesday, Megan Thee Stallion and Tory Lanez subliminally went at it on Twitter and Instagram. That came after DJ Akademiks reported that morning, that a court hearing stated that Tory’s DNA was not on the firearm, that allegedly shot Megan’s feet, in July 2020.

Megan went on to call out Akademiks, as she said that he reported information about a pre-trial hearing that hadn’t even taken place yet. In the end, this hearing went on to be postponed to April 5.

Megan also went on to post text messages after that 2020 shooting, where Tory seemed to be apologizing for shooting Megan. On Twitter though, the Toronto rapper said he was only apologizing, for allegedly having sex with Megan and her ex-best friend, Kelsey Nicole.

Now, more information is surfacing, from the Los Angeles County District Attorney’s Office. In a statement to HipHopDX, they state that the DA believes that the evidence provided, supports the charges and allegations brought on to Tory.

“Although we are legally prohibited from commenting on the evidence and will continue to abide by that obligation, our office is under an ethical duty to only proceed on charges which we believe can be proven beyond a reasonable doubt and which have already been upheld by a judge after presentation of evidence at the preliminary hearing. We believe the evidence substantially supports the charges and allegations and that evidence will be borne out in court.”

If convicted, Tory faces 22 years and eight months in prison. He had already plead not guilty to the felony assault charge.

More in Hip Hop News
Snoop Dogg, Live Nation, and Los Angeles Football Club, are being sued by Drakeo The Ruler’s brother, for Drakeo’s death, at Once Upon A Time In LA Festival
Kanye West finally releases full “Donda 2” album, on Stem Player