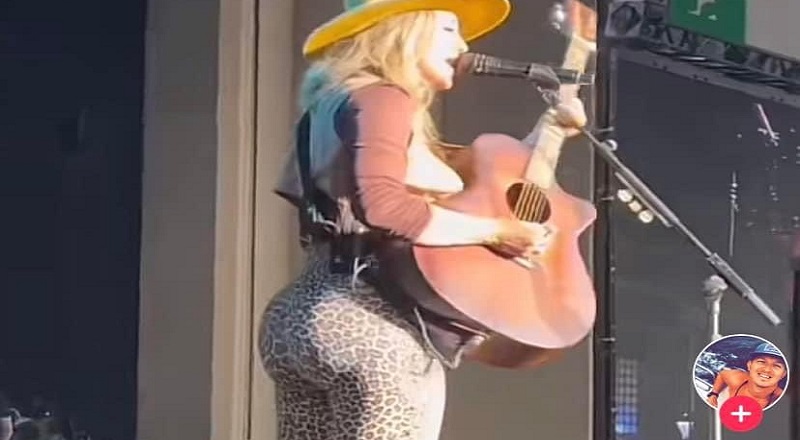 Lainey Wilson is trending on Facebook, following her show last night. It turns out, it has nothing to do with her music, and more along the same lines as the woman who joined the Navy. However, all press is good press. There are countless men on social media who are saying they will be attending more of her concerts. Then, there are others who complained that “Yellowstone” never showed this side of Ms. Wilson.

Lainey Wilson rose to fame, in the country music world, during the 2018-2019 period. However, she worked her way from the bottom, making noise since 2011. These past four years have seen Wilson become a country music superstar. In turn, these past four hours have seen Wilson become a superstar on social media. As a result, she is now on the radar of the hip hop world. Already, there are comments saying she has a body for hip hop.

Lainey Wilson did a performance, last night, and fans shared clips to social media. One fan happened to be on the side, able to catch all of Wilson. When they shared the video, it was simply a means to entertain. However, someone captured the above screenshot, and when it hit Facebook, it became gold to the people. The screenshot has well over 5,000 shares and an equally growing number of comments, as it has had viral success.

More in Hip Hop News
Kevin Durant praises Future’s “I Never Liked You” as best album of 2022 [VIDEO]
Lil Wayne sued by former chef for $500,000, due to wrongful termination, after she had to see her injured son