Home » Hip Hop News » Woman joins the Navy, but her backside is the reason she went viral [PHOTO] 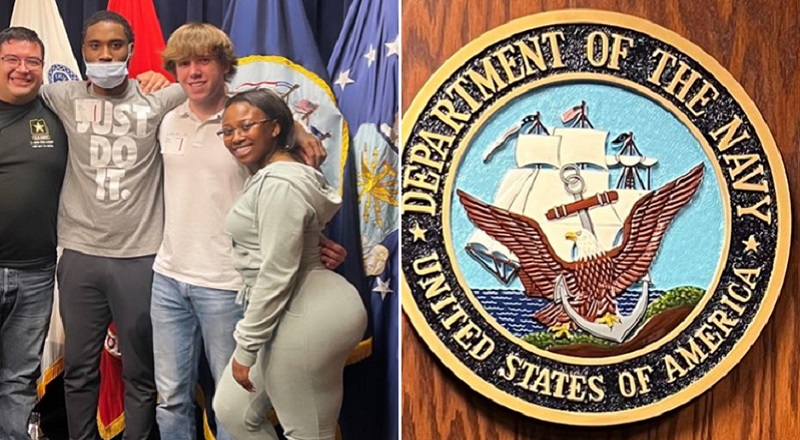 Woman joins the Navy and her backside has gone viral

Earlier this week, a young lady decided to change her life, by joining the Navy. It was such a lifechanging moment, so she shared the moment on Facebook. Likely, the last thing she expected was for her post to go viral. Comparable to the situation with the French dentist, the people were paying attention to everything except for the subject of the matter.

On social media, things trend for various reasons. However, when this young lady shared her photo, most people were thinking the same thing. As a result, the comments all said something similar. The post has been shared well over 6,000 times, and counting on Facebook. In addition, the photo has had a lot of attention from Twitter and Instagram.

A simple search on Facebook will show the original post and the young woman. Seriously, she has made a lifechanging and selfless decision by joining the United States Navy. Sacrifices from people such as her make daily life possible. Definitely, as she enters the Navy, her entry into the corps will have had a lot more attention than the typical person who signs up.

Woman joins the Navy and her backside has gone viral

More in Hip Hop News
Meek Mill subliminally claps back at Kanye West on Twitter, after Ye laughed about Meek on Clubhouse; Meek initially called out Ye for wearing “white lives matter” shirt
Saucy Santana says he wants to be on next season of “P-Valley”