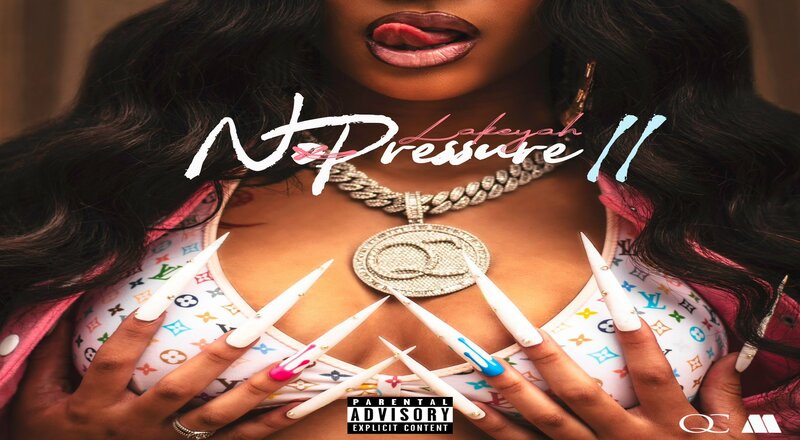 Over the past year and a half, Lakeyah has been one of the hottest rising artists in hip-hop. She signed with Quality Control Music in 2020, and began to really create even more buzz for herself. At that time, Lakeyah’s “Female Goat” single with City Girls was going viral on social media. In 2021, she also  put out her “In Due Time” mixtape, and her “Love, Lekeyah” EP.

Lekayah has continued to apply pressure in 2022, as she had a breakout hit in “Mind Yo Business” featuring Latto. That went on to appear on her “No Pressure” EP, this past June. Last month, the Milwaukee native also released another hot record, which was “Real B*tch,” featuring fellow new QC signee, Gloss Up. That collaboration has since picked up a lot of momentum on social media, aa Gloss Up was recently signed to QC in June. She and Lekeyah are currently two of the hottest artists at the label.

Now, Lakeyah has another project coming, next week. She took to social media on Tuesday, to announce that the sequel to her “No Pressure” EP will be released on September 23. Lakeyah also unveiled the official cover art for No Pressure 2, as she’s seen in a Louis Vuitton top, with her jewelry, and licking her lips.

Check out Lakeyah’s “No Pressure 2” EP announcement, below.

Continue Reading
You may also like...
Related Topics:featured, lakeyah, no pressure 2