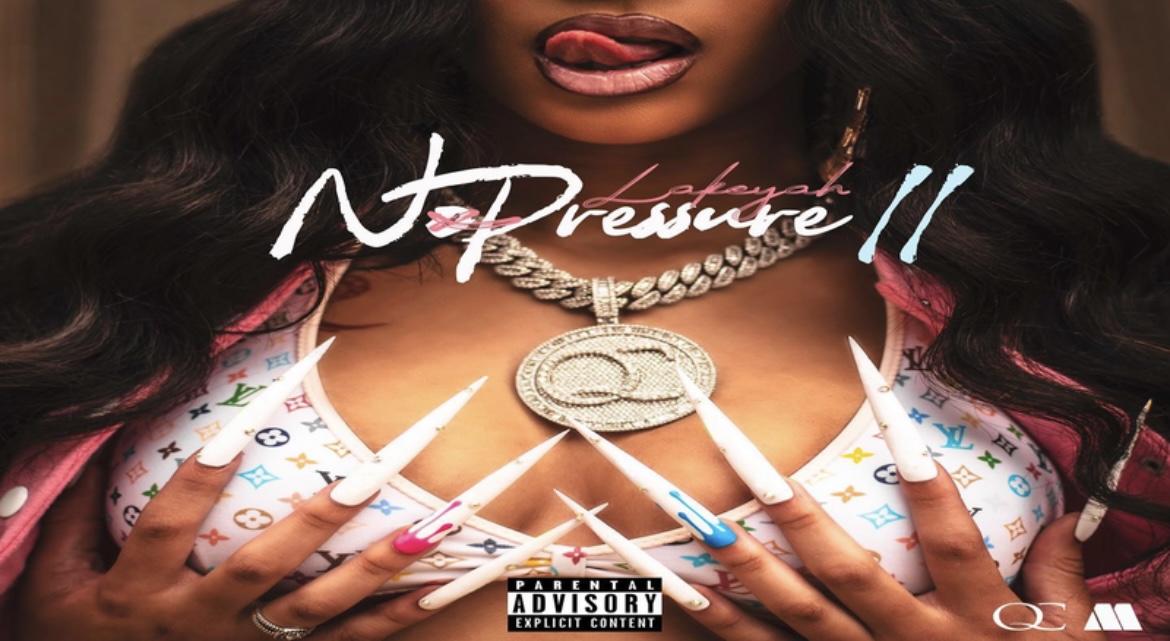 Lakeyah has been one of Quality Control Music’s hottest artists, since signing her, in 2020. At the time, she gained a buzz with her “Female Goat” single, with City Girls. In 2021, that momentum carried over, with her “My Time” and “In Due Time” mixtapes. Since then, fans have caught on to her success in the Midwest, as well as being one of hip-hop’s new stars.

This year, Lakeyah has been consistent as well, as she’s had several hot singles. These include “Mind Yo Business” featuring Latto, and “Real B*tch” featuring QC label mate Gloss Up, which was released in August. That received overwhelming support on social media, as fans continue to be impressed with how quickly Lakeyah is soaring to stardom.

Both of these records will appear on Lakeyah’s upcoming “No Pressure 2” EP, which will be out on September 23. Now, the Milwaukee rapper has just unveiled the full tracklist, for this forthcoming project. This comes after initially revealing the release date and cover art, a week ago.

No Pressure 2 will contain 10 tracks in total. Other additional appearances include Flo Milli, Lucky Daye, Icewear Vezzo, and more.

Check out the full tracklist for Lakeyah’s upcoming “No Pressure 2” EP, below.

Continue Reading
You may also like...
Related Topics:featured, Latto, no pressure 2

More in Album Preview
King Charles is under fire after ignoring Black man, who tried to shake his hand, on live TV [VIDEO]
Roddy Ricch calls out violence happening, in Los Angeles, after passing of PnB Rock