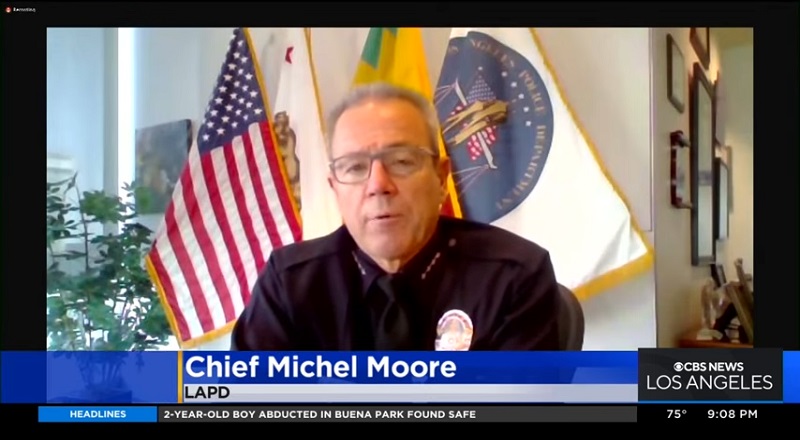 PnB Rock established himself as one of the biggest names in hip hop music. A native of Philadelphia, he overcame major odds to become a successful musician. As a result, he became a very wealthy person. This week, PnB Rock passed away in a fatal Los Angeles shooting. The LAPD Chief of Police, Michel Moore believes PnB Rock’s social media activity inadvertently caused this.

PnB Rock was not born into wealth, so to achieve it is something that almost never happens. Clearly, he was proud of his accomplishments. Honestly, who wouldn’t be? Most people, however, are taught to not brag about the things they own. Above all, it comes off as rude. Also, it can spark jealousy, which can lead to something like this happening. While some have blamed PnB Rock’s girlfriend, others have pointed out his showing off on Instagram.

PnB Rock’s passing was discussed by Michel Moore, the LAPD’s chief. Moore took the time to speak to CBS News LA, regarding PnB Rock. During the interview, Moore opened up a bit about the investigation, so far. When it comes to a motive, Michel Moore said PnB Rock’s fatal shooting might have been caused by the things he was posting on Instagram.