Home » Hip Hop News » Larsa Pippen is allegedly just friends, with Michael Jordan’s son Marcus, after dating rumors came out, due to them being on reported Miami double date 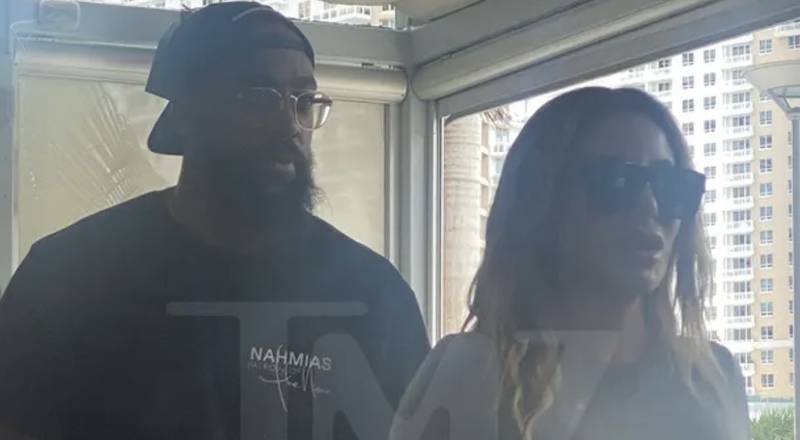 Larsa Pippen and Marcus Jordan are reportedly not dating

Last weekend, Larsa Pippen went viral again, due to her dating life. She was spotted with Michael Jordan’s son, Marcus, while eating together. This was at the Zuma restaurant, in Miami. Attendees at Zuma claim that the two were on some sort of double date.

From this point, many assumed that Larsa and Marcus are dating, which had social media on fire. This is due to Larsa being the ex-wife of Scottie Pippen, as Pippen and Michael Jordan aren’t exactly friends, at all.

According to TMZ though, Larsa and Marcus are supposedly only friends. Sources close to the situation claim that the two have a “similar circle,” and it was just a harmless day of eating out together, at a nice Japanese restaurant.

Larsa had gone viral in the past, for reportedly cheating on Scottie Pippen, with Future. She had also been dating NBA player, Malik Beasley, in 2020 and 2021. At the time, Beasley was playing for the Minnesota Timberwolves. He now plays on the Utah Jazz, as a result of the recent massive Rudy Gobert trade.

Check out Larsa Pippen and Marcus Jordan in Miami, last weekend, below.

Larsa Pippen and Marcus Jordan are reportedly not dating

More in Hip Hop News
Kandi Burruss sparks controversy for saying she would prefer Todd stayed single if something were to happen to her [VIDEO]
Justin Bieber cancels remaining dates of “Justice” World Tour, due to exhaustion