Home » Hip Hop News » Latto gets criticized on Twitter, after giving answer to child reporter, that she’s a “sexually liberated woman,” when asking Latto what her personal style is [VIDEO] 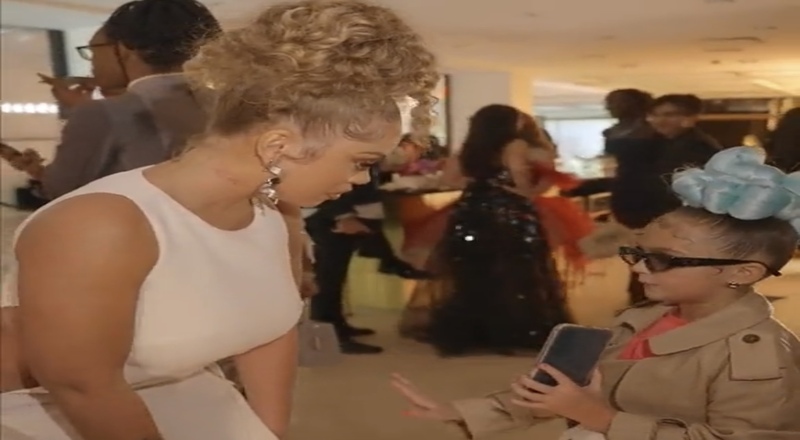 Latto has been catching a lot of heat on social media, on Thursday. This is due to a recent interview with a young child, who’s a reporter.

The criticism stems from Latto’s response to the girl asking her what her “personal style is.” Latto soon went on to explain how she’s a “sexually liberated woman,” and that the young girl will learn about this, when she gets older.

The young reporter didn’t seem too bothered by the response, but she did move on to her next question. Latto has yet to publicly address this viral clip, but her response is still being debated heavily, on Twitter.

Overall, Latto has had another strong year, for her career. She released her sophomore album, “777,” in March. That went on to debut at number 15, on the Billboard 200 chart. That project was led by hit singles such as “Big Energy,” “Soufside,” and “Wheelie,” featuring 21 Savage. Latto also collaborated with Lil Wayne, Childish Gambino, Kodak Black, Lil Durk, and more. This spring, she also released the Big Energy remix with DJ Khaled and Mariah Carey.

Check out Latto’s answer to this young reporter about her “personal style,” below.

Love Latto, but this wouldn’t have been my answer for a little girl. pic.twitter.com/mFCSNDHRj6