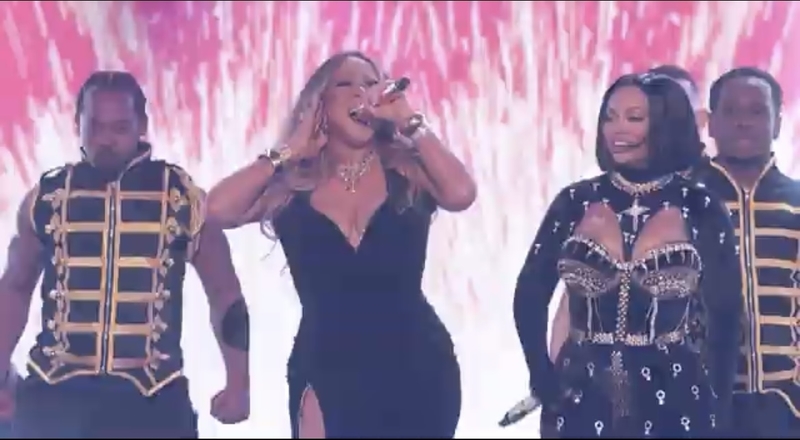 Latto has been one of hip-hop’s biggest breakout rappers, since mid-2020. She really began to take off that year, with her “B*tch From Da Souf” single, featuring Trina and Saweetie. Latto also put out her debut albunm, “Queen Of Da Souf,” at the end of that year.

Tonight at the BET Awards, Latto was also presented with the award for Best New Artist. Following that win, Latto also delivered a performance. These included hit singles such as “Big Energy” and “It’s Givin.”

In the “Big Energy” performance, Latto also went on to bring out Mariah Carey, to perform. Mariah appeared on the remix, with DJ Khaled. That collaboration was released back in March.

Check out Latto’s performances of “Big Energy” remix and “It’s Givin” at the 2022 BET Awards, below.

More in Hip Hop News
Lil Kim and her body get dragged on Twitter, after #BETAwards performance
Shyne performing at the #BETAwards has given Twitter a shock, as he showed up in a suit; Shyne also announced he is running for Prime Minister of Belize