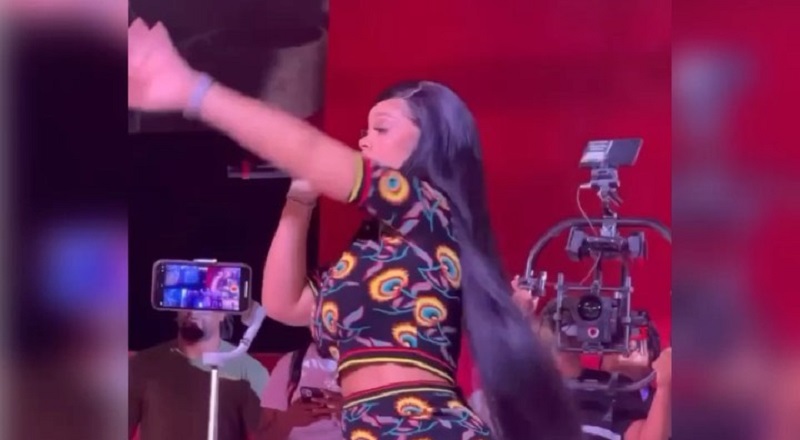 Latto has risen to the top of the game and it has been a long time coming. When Latto was still a child, she competed on Lifetime’s “The Rap Game.” After that, Latto kept working on her music. The exposure from TV helped Latto expand her brand, allowing her music to frequently go viral.

Latto spent a few years bubbling under, before she got her team under her. These years bubbling under saw Latto go through two name changes. While Latto is on her third moniker, she is on top of the world. This summer, Latto broke through with “Big Energy.” When it looked like Latto took over the world, she did one better, getting DJ Khaled and Mariah Carey for the remix.

Latto recently jumped into the activist role. As everybody knows, the Supreme Court’s ruling has impacted the rights of women. There is a major debate going on about the ruling. This situation has become very political. While Latto is staying out of the politics, she has her opinion. As a result, Latto released her single, “P***y,” which is a women’s empowerment anthem. Currently, Latto is preparing the record. On Twitter, a fan accused Latto of cashing in on the moment. In turn, Latto told her the proceeds from the song will be donated.

More in Hip Hop News
Chris Brown randomly started dancing in a restaurant and nobody cared [VIDEO]
Tory Lanez continues to hint at dating Iggy Azalea, after she supposedly cooked oxtail for him [PHOTOS]