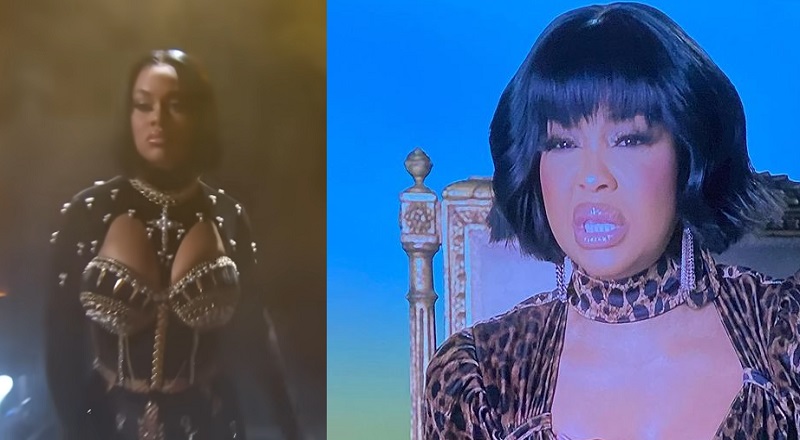 Latto is a promising star in the game. Over the weekend, Latto proved that she is a star. At the 2022 BET Awards, Latto had one of the top performances. When Latto had the crowd amazed, she pulled an even bigger move. For Latto’s “Big Energy” performance, she got Mariah Carey to come out.

Latto won ‘Best New Artist’ at the BET Awards. That award followed seven years of work. A lot of people forget that Latto began on “The Rap Game.” On that show, Latto competed with several other rising rappers. Few would have expected any of them to be relevant seven years later. Not only is Latto relevant, she is a powerhouse in the game.

Latto still has people talking, after her BET Awards performance. The talk went from just being about Latto’s performance to her performance look. Those who were looking at Latto say she reminds them of someone else. On Twitter, Latto has become quite the discussion. Many of the fans have taken notice and drawn comparisons between Latto and Phaedra Parks. In the side by side photo, Latto and Phaedra Parks to resemble.