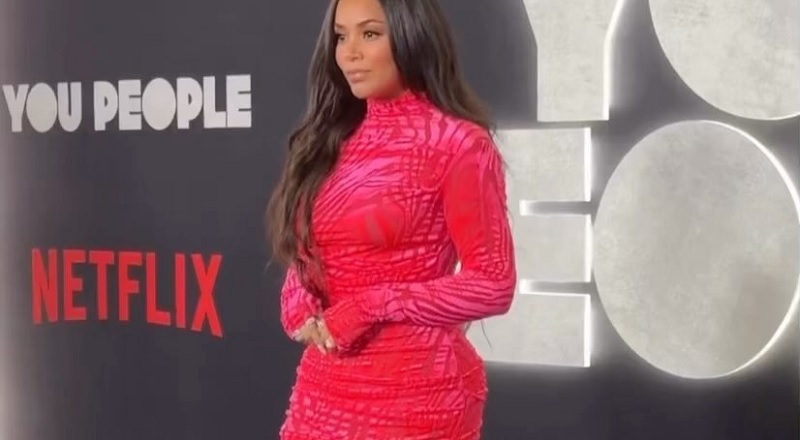 Lauren London has proven just how strong she is. When faced with the ultimate worst case scenario, she pushed on. In the acting world, Lauren London was considered one of the top actresses. She returned to the big screen in 2021. Now, her movie with Jonah Hill, You People, has premiered on Netflix. Last night was the red carpet and Lauren London was turning heads. Already, she is a beautiful woman, but the world noticed that she has lost some pounds.

Lauren London always presents a positive persona, which is the opposite of what most expect from these Hollywood types. It has to be tough, but she always seems to be happy and upbeat. In 2019, she experienced the kind of devastating loss that no one ever wants to go through. Especially with her being so young, some thought she would simply retire. However, Lauren London showed her strength, and got right back on TV, and into the movies.

Lauren London, as anyone could understand, went through a bit of weight gain. After all, what she went through was enough. Again, she is a resilient person, so she reminded the world of who she is, on the You People red carpet. The time between the filming of the trailer and now shows just how much weight she has lost. As a result, social media is enamored with Lauren London’s new look, which is just a snapback to how she used to look.

More in Hip Hop News
Gloss Up ft. GloRilla – “Bestfrenn”
Nelly displays weird behavior during Juicy Fest performance, rolling his eyes into the back of his head, and rocking his head in an unusual manner [VIDEO]