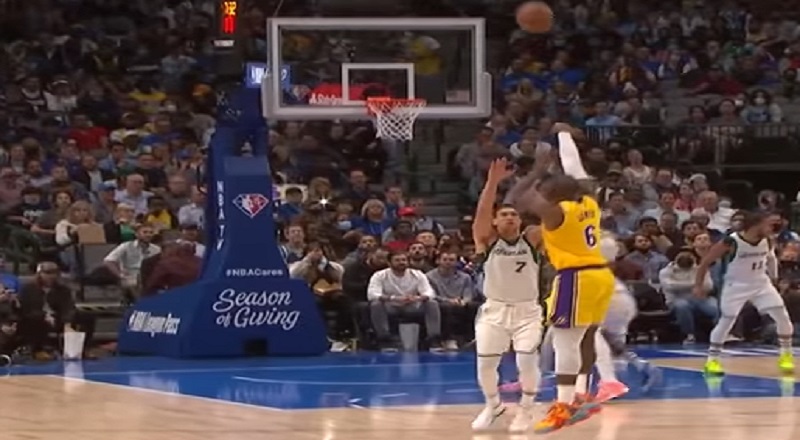 LeBron James is the most scrutinized player in the history of the NBA. Before he was even drafted, LeBron James faced so much pressure. As a teenager, LeBron James was on the cover of ESPN, being touted as the “chosen one.” In 2003, the same year Michael Jordan retired for good, LeBron James made his debut.

LeBron James was expected to pick up where Michael Jordan left off. First, LeBron wore number 23, like Jordan. Second, LeBron was drafted by a middling team in the Midwest, from the Central Division. In LeBron’s case, however, the Cleveland Cavaliers were his hometown team. After all, LeBron is from the city of Akron, right outside of Cleveland.

LeBron James faced many comparisons to Michael Jordan, but when he took Cleveland to the 2007 NBA Finals, it was clear it was his own journey. While Michael Jordan put an end to the Showtime Lakers, LeBron James was swept by Tim Duncan and the San Antonio Spurs. After that, LeBron led the Cavaliers to two excellent seasons, both resulting in early playoff exits. Controversially, LeBron James joined the Miami Heat in 2010, causing much backlash. However, LeBron made it right, returning to Cleveland, and winning the 2016 championship with them.

LeBron James signed with the Los Angeles Lakers, in 2018. While the first season was tough, LeBron led the Lakers to the 2020 championship. Since then, the Lakers have had nothing but struggles. In 2021, the Lakers fell into the play-in, but made the playoffs. After that, the Phoenix Suns dethroned them. Retooling the roster for 2022, the Lakers missed the postseason, entirely. Despite this, LeBron signed a two year, $97.1 million, contract extension.

More in Hip Hop News
50 Cent’s Sire Spirits partners with Houston Texans, to provide cognac and champagne, at their home games
Woman shares video of her experience at Kandi Burruss’ Old Lady Gang restaurant; Claims employees were fighting, the plates served to her were dirty, and the food was soggy [VIDEO]