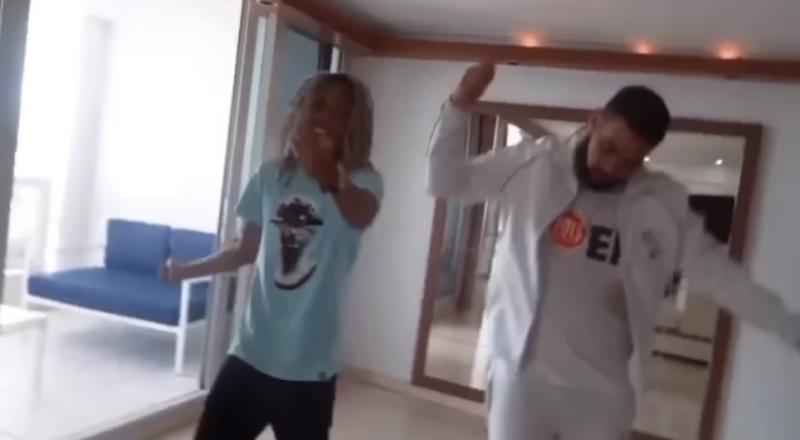 Over the past year, there has been a huge increase in fans on social media apparently looking just like certain high profile rappers. In 2021, a man named Izzy, attempted to be a Drake lookalike, despite many not seeing the resemblance. Nonetheless, Izzy was still able to secure many nightclub bookings, and even perform Drake’s songs. The real Drake appeared to be fine with this charade.

In 2022, Lil Durk has had a lookalike as well, who goes by Perkio. Last month, he actually got to meet the real Durk. Durk was happy to meet Perkio, as he even put him in his new “Blocklist” music video.

Now, the Izzy and Perkio are linking up, to remix a popular Drake and Durk collaboration. This is Drake’s 2020 “Laugh Now Cry Later” single, which went on to become the number two album in the US, and is 2x platinum. Izzy and Perkio posted a preview of this video to social media, as fans are surprised that this is actually happening.