Home » Hip Hop News » Lil Durk brings out Kanye West to perform “Father Stretch My Hands, Pt. 1” at Rolling Loud, after Kanye initially dropped out as being a headliner, and Kid Cudi replacing him [VIDEO] 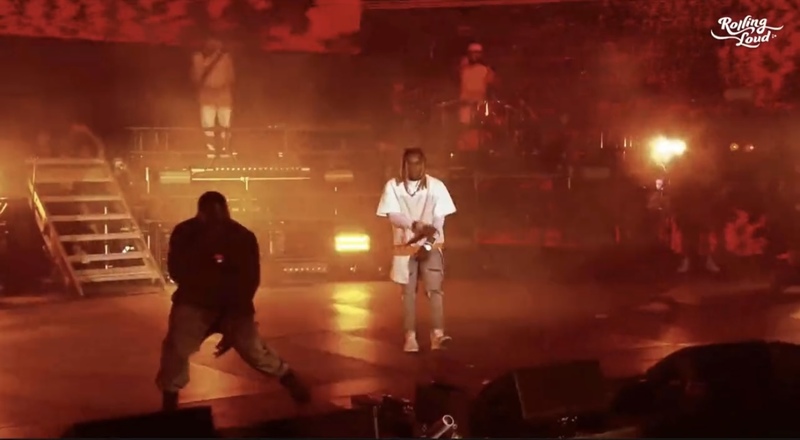 Rolling Loud kicked off day 1 of their Miami festival on Friday, and it was definitely full of surprises. Lil Durk was one of the closing headliners, as he definitely delivered an ecstatic performance.

During Durk’s set, he shocking brought out Kanye West to perform. That came after it was initially announced earlier this week, that Kanye dropped out as a Rolling Loud headliner.

Kanye performed “Father Stretch My Hands Pt. 1,” which features Kid Cudi on the chorus. On the other Rolling Loud stage, Cudi was performing, as he was Kanye’s replacement. Cudi’s set was cut short, due to unruly fans constantly throwing objects at him.

Attendees were also surprised that Ye chose “Father Stretch My Hands Pt.1,” considering that Kanye and Cudi are no longer friends. Others were simply frustrated that Kanye would show up as a guest performer with Durk, after initially backing out of his headlining performance. Many more were of the mindset that this is something that Kanye would do, and this move wasn’t a huge surprise, to conclude Rolling Loud’s first day of their 2022 Miami festival.

Check out Kanye West performing at Rolling Loud Miami with Lil Durk, below.