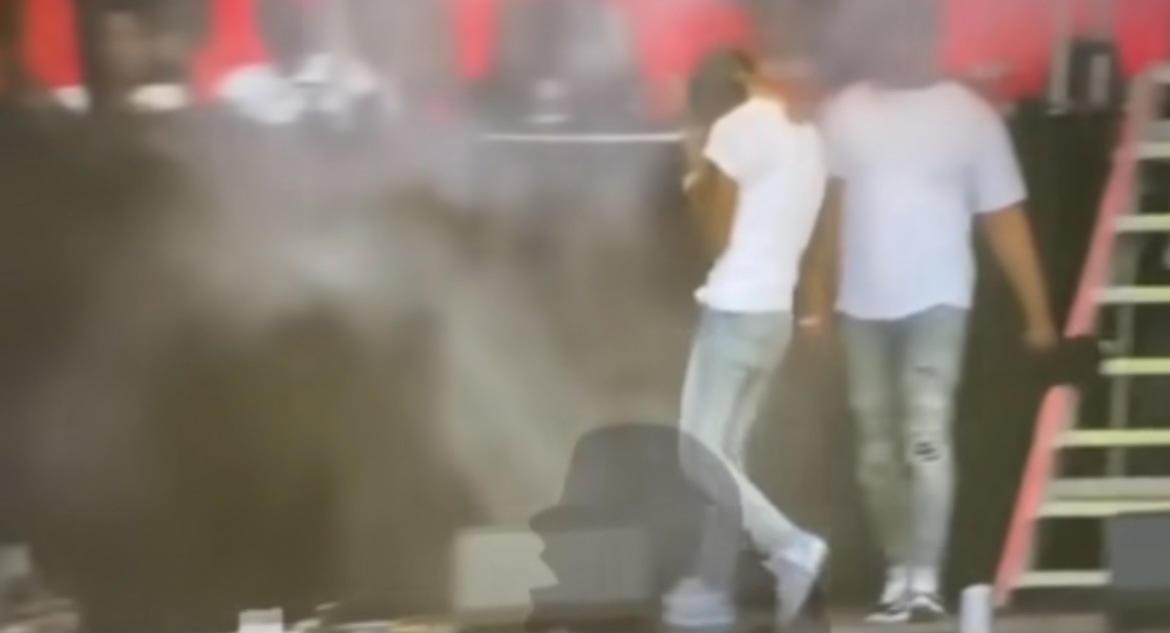 Lil Durk hit in face by stage explosion at Lollapalooza

This weekend has been full of excitement in Chicago, as the annual Lollapalooza festival is happening. J. Cole and Lil Baby are among the scheduled headliners. On Saturday, Lil Durk was one of the performers in his hometown, but ran into a bit of a scary issue, on stage.

An early firework-like explosion was lit up on stage, as Durk was walking. Some of the smoke got into Durk’s face, as he had to take a moment to make sure he was okay. No injuries appeared to be visible, as Durk apparently went on with his performance.

Durk has had a massive 2022, as his “7220” album debuted at number one, in the US. That became his first number one solo album, and his second straight overall number one. Back in the summer of 2021, his joint album with Lil Baby, “The Voice Of The Heroes,” also reached this mark.

This is Durk’s second major festival that he’s performed at, this month. Last weekend, he performed at Rolling Loud Miami, as he brought out Kanye West, as that came after Kanye initially dropped out as being a headliner.

Check out a closer look at Lil Durk’s odd interaction with the stage equipment at Lollapalooza, below.

Lil Durk hit in face by stage explosion at Lollapalooza

More in Hip Hop News
Beyonce’s “Renaissance” album aiming for number one debut, on Billboard 200 chart, in US
Yung Miami says she is having a mental breakdown and hasn’t slept in days [PHOTO]