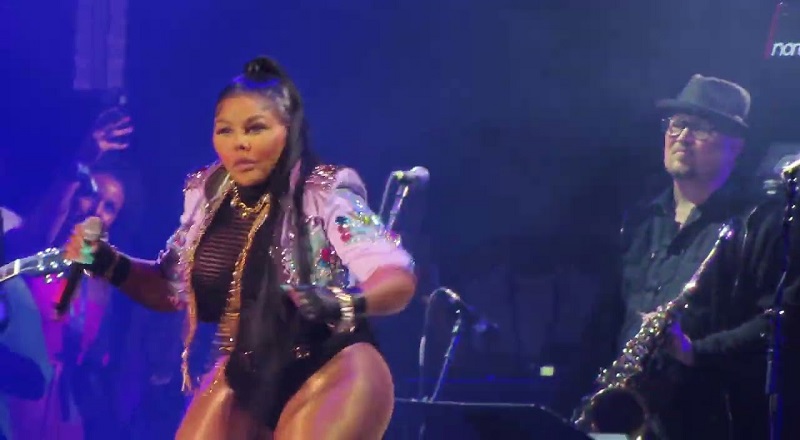 Lil’ Kim is arguably the most influential female rapper of all time. While Kim was not the first female rapper, she is the blueprint for almost every woman who has followed her. In the current era of hip hop, women are dominating. Each female rapper that is dominating has Kim all in their style.

Lil’ Kim had an unparalleled run on top of the game. In 2005, Kim scored her final charting single. However, fans eagerly anticipated her return to the game in 2010. While Kim never made a commercial comeback, Nicki Minaj filled that void. After that, Kim made it clear she didn’t like Nicki. As a result, Kim and Nicki became embroiled in a feud.

Lil’ Kim has given her co-sign to many female rappers, who went on to dominate the game. Currently, Megan Thee Stallion is the biggest rapper in the game. With several number one singles under her belt, Megan recently dropped “Plan B.” After that, a photo surfaced of Lil’ Kim with Megan Thee Stallion. The caption of the pic hinted at a future collaboration. Soon, Kim’s “Plan B” remix hit, causing controversy with 50 Cent. Not only is Lil’ Kim back beefing with 50, but her fans are also flooding Megan’s comments, asking her why she hasn’t promoted the “Plan B” remix with Lil’ Kim on it.

More in Hip Hop News
Aries Spears kissing another man in video goes viral
Lil Tjay says he was able to walk, a week after undergoing surgery, due to shooting [VIDEO]