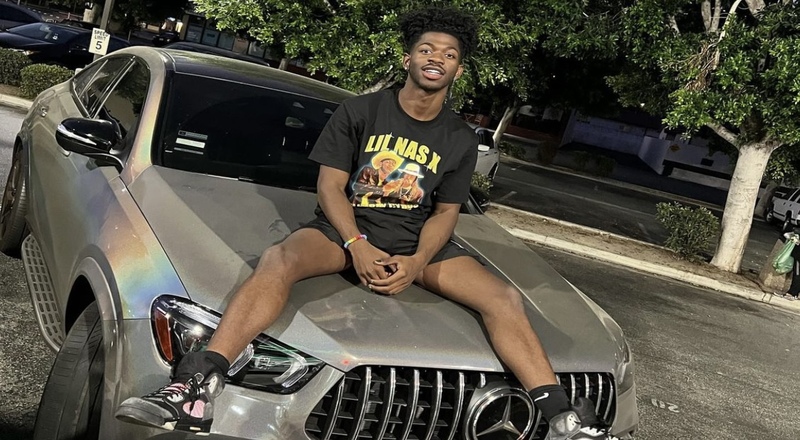 Over the past three years,Lil Nas X has established himself as one of the biggest artists in the world. He initially soared to stardom in 2019, with his chart-topping “Old Town Road” single. This was the remix that featured country legend Billy Ray Cyrus, as it’s also diamond status. Old Town Road is also the highest-certified RIAA song, in history.

A year ago, Nas X also finally released his debut studio album, “Montero.” That went on to see a number two debut, on the Billboard 200 chart. It contained two Billboard Hot 100 number one singles, in “Montero (Call Me By Your Name)” and “Industry Baby,” featuring Jack Harlow.

Nas X has also inked many endorsement deals, over the past two years. Now, he has another collaboration, which is with YSL Beauty. He revealed that he is now an ambassador for YSL Beauty. Nas X took to Instagram to announce this latest endorsement, as he said “I am the new ambassador of @yslbeauty and tho i don’t know what the word means yet i feel very accomplished.”

Nas X is also kicking off his “Long Live Montero” Tour, on September 6, in Detroit. These dates will run through November 17, as it’ll conclude overseas, in Barcelona. This comes after he put out his “Late To Da Party” single with NBA Youngboy, this summer.

More in Hip Hop News
Lil Baby gives James Harden $250,000, in cash, for his birthday [VIDEO]
Moneybagg Yo bought Ari a Lamborghini for her birthday and now it is getting repossessed