Home » Hip Hop News » Lil Tjay is rumored to have been released from hospital, after recent NJ shooting 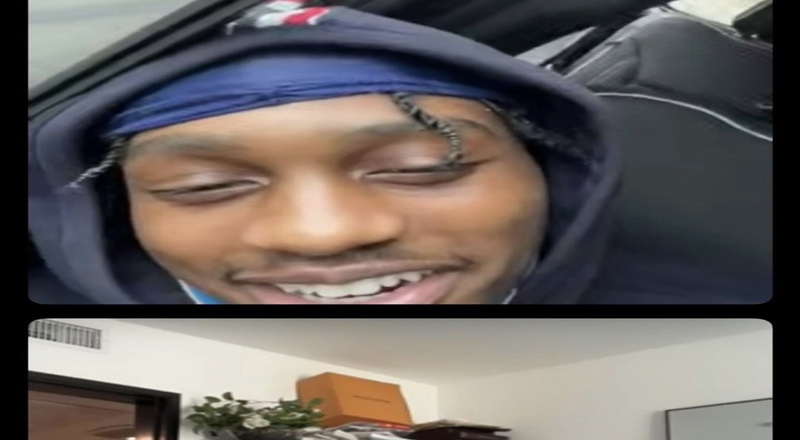 Lil Tjay reportedly out of hospital after June shooting

Back in late June, Lil Tjay was shot near a Chipotle in Edgewater, NJ. At the time, the Bronx rapper was with two other friends, as one of them was hit. This was in a robbery attempt against Tjay, as his other friends were identified as Jeffrey Valdez and Antoine Boyd. Boy was the other friend who was shot, but like Tjay, he also survived.

The shooting suspected was also ID’d as 27 year-old Mohamed Konate. Konate went on to be charged with three counts of first-degree attempted murder. Boys and Valdez were charged with second-degree unlawful possession of a weapon.

Tjay had emergency surgery, as it was rumored that he may have been paralyzed. Those reports were shot down, as he was still unconscious. Tjay would later go on to have movement in his body, as he also began speaking again.

Now, it appears that Tjay may finally be out of the hospital. A new photo of Tjay on FaceTime with someone is going viral, as he is all smiles. It’s still unclear when he was released from the hospital, if this situation is now true. Thankfully though, it’s still great to see Tjay back in good spirts.

Check out a closer look at Lil Tjay apparently out of the hospital, below.

Lil Tjay reportedly out of hospital after June shooting