Home » Hip Hop News » Lil Tjay says he was able to walk, a week after undergoing surgery, due to shooting [VIDEO] 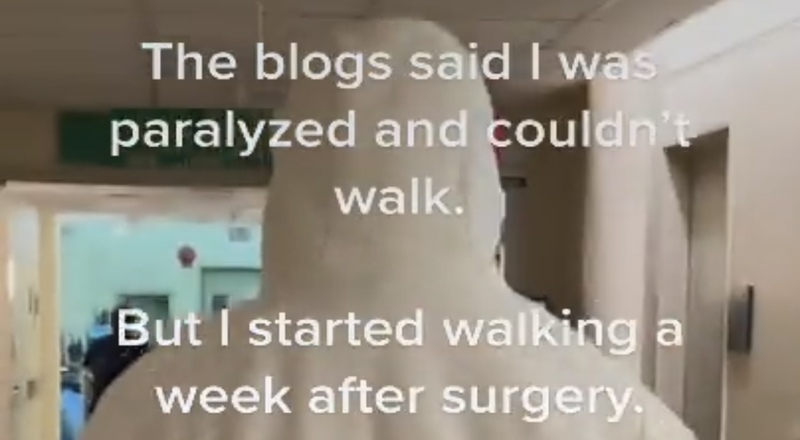 Lil Tjay posts video of himself walking after surgery

Back in June, Lil Tjay was shot, while in Edgewater, NJ. This was an attempted robbery attempt, while the Bronx rapper was with several of his friends. The suspect, Mohamed Konate, was soon arrested. Konate was then hit with three counts of first-degree attempted murder, three counts of first-degree armed robbery, second-degree possession of a weapon for an unlawful purpose, second-degree unlawful possession of a weapon, second-degree certain persons not to possess a firearm and fourth-degree aggravated assault,

Tjay went on to undergo emergency surgery, as he was unconscious, at the time. It was also rumored that Tjay was paralyzed from the waist down.

In August, Tjay went on to post a video online, thanking fans for his support. He appeared to have left the hospital by then. He soon put up an “I’m back” billboard, in his hometown of the Bronx.

Tjay also recently took to social media, to share a video of him walking. He revealed that he began doing so, a week after his surgery. He added that he “beat the odds,” which is the title of his new single, that is out. Tjay also called out media outlets for reporting that he was paralyzed, from the shooting.

Grateful for this sh*t 🙏🏽 pic.twitter.com/YF2KUrKcJF

Lil Tjay posts video of himself walking after surgery