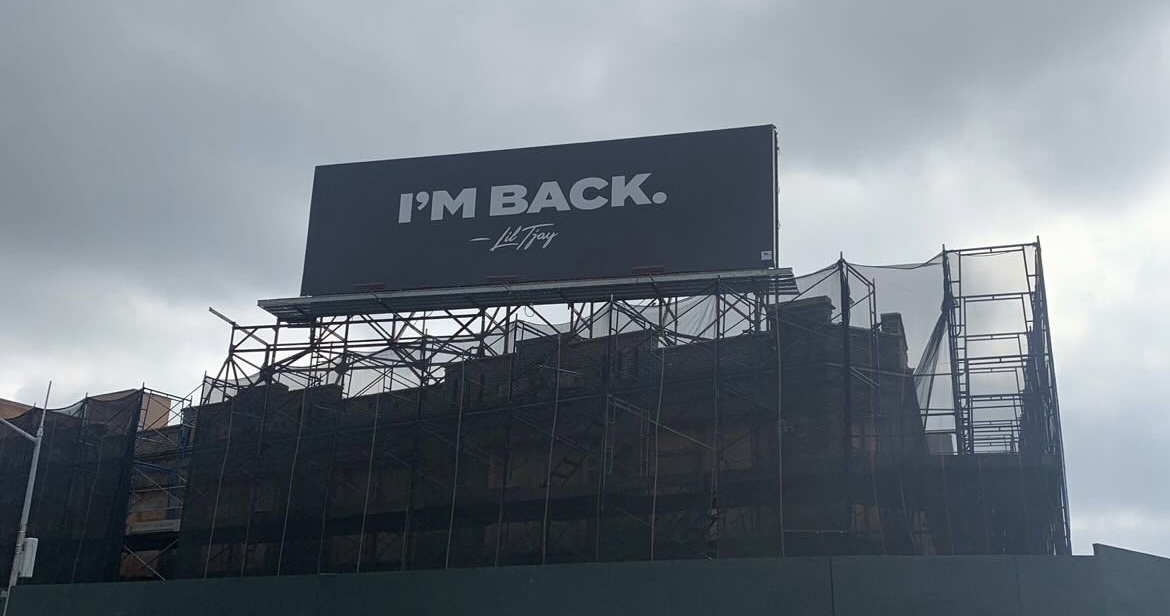 A few months ago, Lil Tjay was shot in Edgewater, NJ, as he was with two friends. One of them was shot as well. Three men ended up being arrested for the shooting, as the man behind the trigger was Mohamed Konate. He was charged with three counts of first-degree attempted murder

Tjay’s injuries were severe, as he had to undergo emergency surgery. He was recovery in a hospital for over a month, as there was speculation that he’d been patalayzed. Friends close to him shut those rumors down, though.

Tjay apparently left the hospital this month, and is back to the grind. Photos are now going viral of a billboard in New York City, which says “I’m back,” Michael Jordan 1994-style. The billboard also includes Tjay’s signature.

As of now, Tjay hasn’t posted any new content on social media since leaving the hospital, but he may be working on new music. He wasn’t able to perform at Rolling Loud Miami due to his injuries, but is still listed on the Rolling Loud New York lineup, for late September. It’ll be interesting to see if Tjay recovers in time, to perform at one of the biggest festivals in the world, in his hometown.

More in Hip Hop News
Don Yolo shares heartwarming moment with his son, performing “My Fam,” at I Love My Community Festival, in Fayetteville, NC [VIDEO]
Quavo and Chloe Bailey have sparked dating rumors, after they shared their vacation pics [PHOTOS]