Home » Hip Hop News » Lil Tjay will not be paralyzed for the rest of his life, according to his cousin, Edott Bands 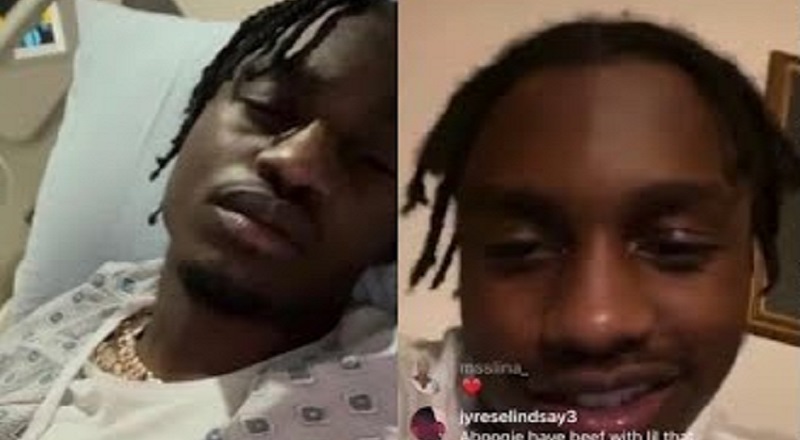 Lil Tjay currently is one of the hottest rappers in the game. As a young rapper who is hot, Lil Tjay was doing all he could to cash in. For rappers, this means going on the road, and getting that show money. When Lil Tjay did his show in Edgewater, New Jersey, this was what he was doing.

Lil Tjay did the show, in Edgewater, and it looked like all was right with the world. After the show, Lil Tjay wound up being in tons of trouble. An attempted robbery left Lil Tjay and his crew hit in a hail of bullets. As a result, Lil Tjay was rushed to the hospital.

Lil Tjay has been the source of a lot of rumors, since the shooting. Over the weekend, a man claiming to be Lil Tjay’s doctor claimed he would be paralyzed for the rest of his life. As a result, Lil Tjay has been a hot topic when it comes to gossip. In the middle of the rumors, Lil Tjay’s cousin, Edott Bands spoke, telling people Lil Tjay is fine.