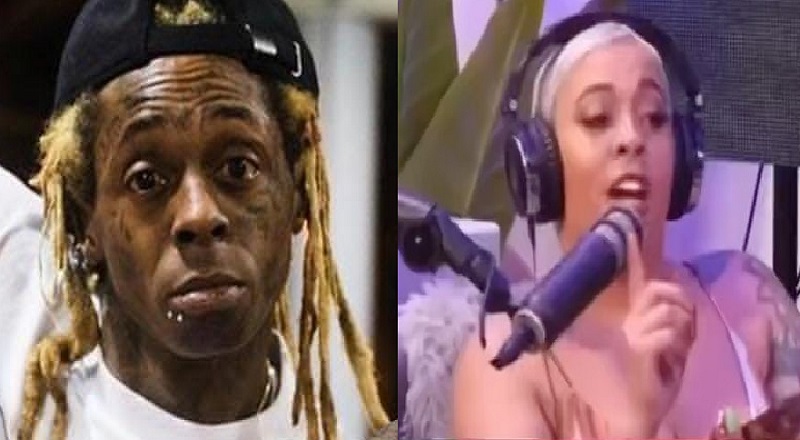 Latto recently spoke about her album release. When speaking on her male collaborators, Latto said one of the men wanted to sleep with her for the verse. Immediate speculation said Kodak Black was the man who tried to sleep with Latto. However, there are people that are saying otherwise.

On Latto’s debut album, she had many of the biggest names on her project. Names from past and present Latto had on her album. At this juncture, Lil Wayne is considered a name from the past. Latto featured Lil Wayne on her single, “Sunshine,” alongside Childish Gambino. During a radio show, the ladies mentioned Lil Wayne and Latto.

Recently, Latto was discussed on a radio show, and her male collaborators was mentioned. The discussion of a man asking Latto sleep with him for a verse came up. On the radio show, the ladies who were hosting accused Lil Wayne of being the man. Wayne still puts out records, but he is no longer the number one option of fans. As a result, Latto having him on her album is something comparable to a blast from the past.

More in Hip Hop News
Maino says that he likes to role play as a runaway slave and get “whopped,” when he has sex with white women [VIDEO]
Benzino calls 50 Cent a rat for accusing him of being with Shauna Brooks, a well known transwoman