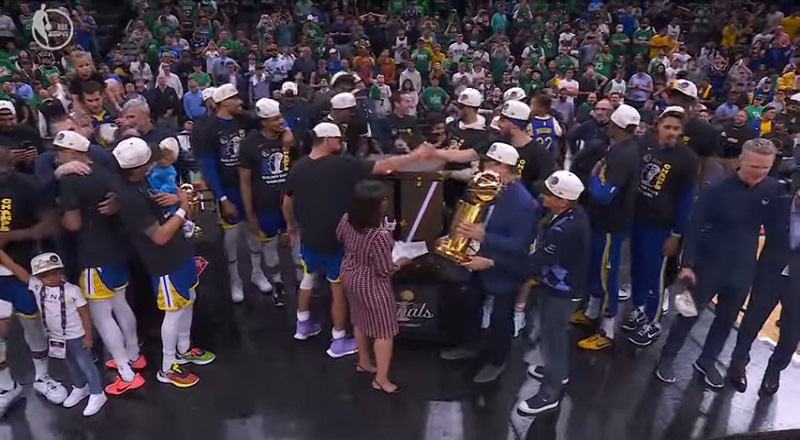 Lisa Salters has been a NBA sideline reporter for a long time. Tonight, Lisa Salters was on the court to meet the Golden State Warriors, after they won the title. As a result, fans got to see Lisa Salters in motion. Apparently, Lisa Salters surprised them.

Lisa Salters is an unsung hero, honestly. In terms of journalism, she has broken barriers. There were few black women on NBA sidelines, until Lisa Salters. Aside from race, Lisa Salters was also a part of ESPN’s first ever sports broadcast hosted by all females.