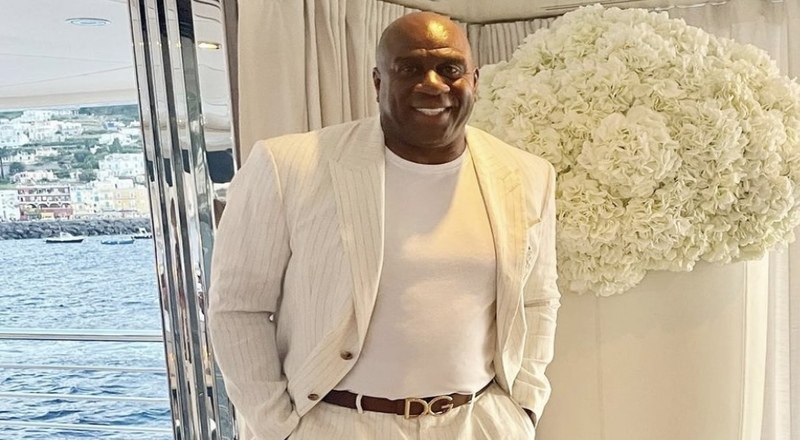 Magic Johnson denies that he donated blood this month

To this day, Magic Johnson is regarded as one of the greatest NBA players of all-time. Magic won five championships with the Los Angeles Lakers, along with 3 NBA Finals MVPs, was a 12x NBA All-Star, 9x All-NBA First Team, and more. Magic also was a huge in 1991, when he tested positive for HIV, which ultimately led to his retirement.

Magic did go on to receive great treatment for this, all while coming back to the NBA for a brief return. Magic still has this treatment to this day. However, he was recently rumored to have donated blood on August 18, which has since become a huge trending topic on Twitter.

Now, Magic is denying this rumor, about his alleged blood donations. He took to Twitter this morning, to clear this up, and emphasized that he’s never donated blood.

“I’m aware of the false story circling the internet, and to be clear, I have never donated blood.”

Magic Johnson is still very active on Twitter, a she frequently comments on trending topics in the NBA. Currently, he has ownership in the Los Angeles Dodgers and Los Angeles Sparks.

Check out Magic Johnson speaking on the donating blood rumor, below.

Magic Johnson denies that he donated blood this month