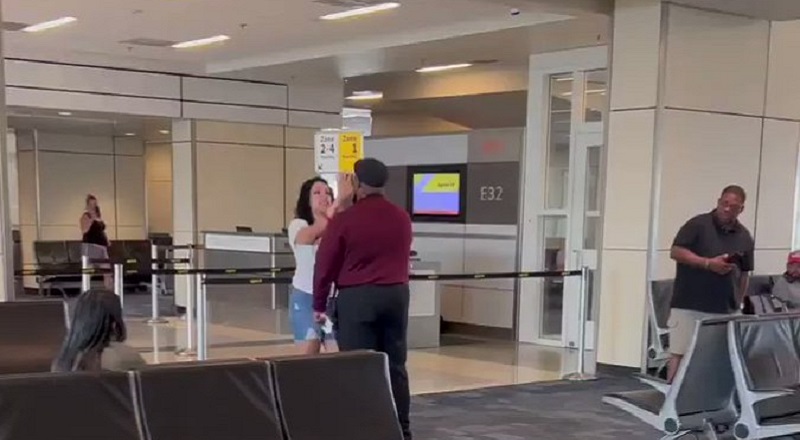 This is something that anyone with a heart really does not like to see. During times like these, people should be coming together. Instead, there are two people at odds, and the situation got ugly. This encounter all took place at the Dallas-Fort Worth International Airport.

It is unclear what led up to this argument. However, the action takes place while a woman, presumably flying on Spirit Airlines, is arguing with a man working for the company. Whatever is going on, both the man and the woman have had their fill of things.

When the video begins, the woman is screaming at the Spirit Airlines employee. In turn, the man yells at the woman to not touch him, to not hit him, or put her hands on him. Despite the warning, the woman did poke the man, and then she shoved him. As a result, the man lunged at the woman. In addition, he managed to trip her, and then he threw a few punches at her. After that, other people at the airport got involved in the situation. In the end, the man from Spirit was confronted by a man who told him to not hit a woman, also telling him to hit him, instead.

Wild video out of DFW airport between a spirit airlines employee and passenger (via IG: thomasshannondp) pic.twitter.com/KS2dgFXzgZ