Home » Hip Hop News » Male student assaults female teacher after she closes the door on his hand; Teacher sits on the floor and cries afterward 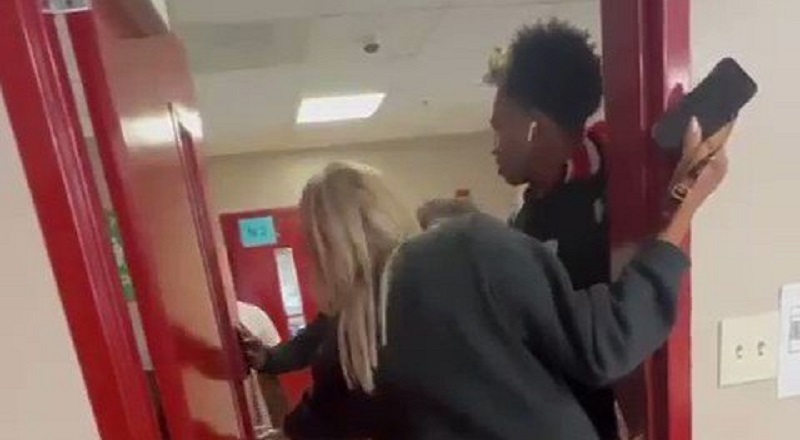 Being a teacher is one of the most dangerous jobs in America. Increasingly, over the past two decades, videos have made the news of students and teachers actually getting into altercations. As a result, numerous teachers have lost their jobs. After that, it came out that some teachers were being provoked. In turn, there are many teachers who are leaving the profession.

Over a month ago, there was a student who assaulted a teacher over a cell phone. The teacher took the child’s phone, as phones violate school policies. As a result, the child tried to get the phone back. The child went as far as trying to go into her desk to get his phone back. In the end, the child caused a scene, and the teacher tried to end it. When she put her hands on him, he went off, which led to her ducking for cover. One word used to describe that encounter was “brutal.”

On Twitter, a video has gone viral showing another student/teacher altercation. This video begins, presumably with the teacher kicking the young man out of her class. When the child was standing in the threshold, the teacher wanted him to leave. As a result, she slammed the door. Unfortunately, the student’s hand was still in the door. After that, the student got upset, screamed at the teacher, and ended up hitting her. From there, the teacher fell to the ground, and was in tears.