Home » Hip Hop News » Florida man who purchased over 40 pairs of Yeezys burned $15,000 worth of shoes due to being mad at Kanye West 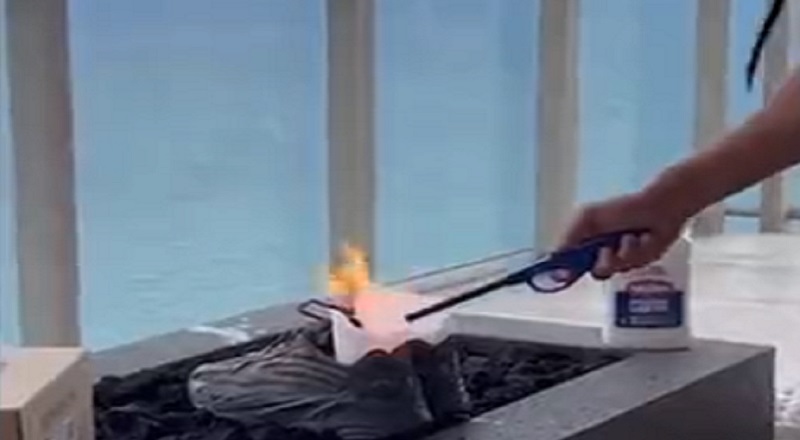 Kanye West is the most discussed celebrity in the entertainment world. All of this is due to Kanye’s commitment to saying the most outrageous things. As a result, Ye is always making headlines. This time, it looks as if Kanye West finally took things too far. Not only are companies cutting ties with him, but people are also taking action against his products.

Kanye West has succeeded four times over in life. After dropping out of school, Kanye launched his production, and made beats for the biggest rappers. From there, Kanye West became the biggest rapper in the game. For nine years, Kanye was the hottest rapper in the game. During the middle of his run, he launched his original Yeezy with Nike, and began his ascent in the fashion world. Once Yeezy moved to Adidas, Kanye West’s net worth rose into billionaire levels.

Kanye West has some of his once biggest supporters now turning on him. In Florida, there is a man who has completely turned on Kanye West. The man’s name is Danny Shiff and he was once one of the biggest fans of the Yeezy brand. Danny Shiff owned over 40 pairs of Yeezy shoes, which are some of the most expensive shoes in the market. However, after Kanye West went on these wild rants, Danny Shiff is done with him. This afternoon, Shiff went viral for setting fire to those Yeezys, which were worth over $15,000.