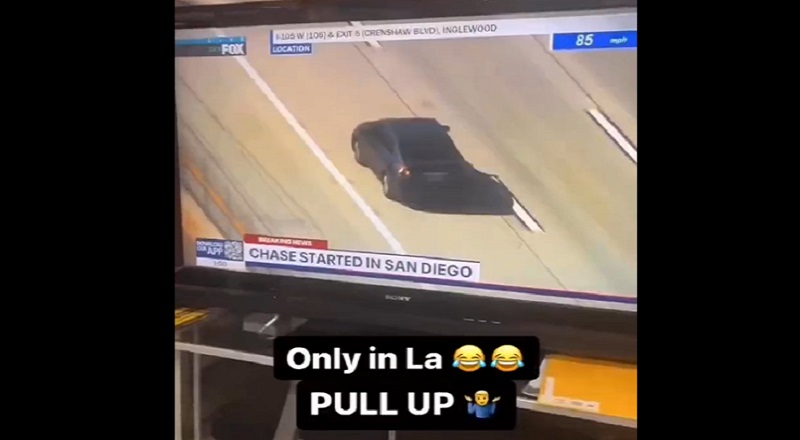 Man calls cousin while he is in high speed police chase

Lately, people are getting caught doing some of the wildest things. Recently, there has been a wave of people getting caught in wild police chases. As a result, viral news stories have been produced about people on the run. In the movies, there is normally another element added. Numerous films show people in these kinds of chases taking phone calls.

During a recent Los Angeles chase, there was a man who was watching it play out on television. In an odd turn of events, it turns out the man realized the person driving the speeding car was his own cousin. As a result, the man did the unthinkable, and gave the person a call while they were attempting to outrun the police. What happens next is likely the most bizarre news story of the entire year. Normally, when people see someone on the news that they know, they don’t think to call them while they’re in the action.

While a man was watching a the police pursue a suspect in a high speed chase, he realized the suspect was his cousin. As a result, he actually gives him a call. In the middle of the chase, the man calls his cousin and begins advising him. In addition, the man insults his cousin, and calling him all kinds of names. After that, a person was recording the entire situation. Not only did they record the man calling his cousin on a chase, but they also shared the encounter on Twitter. As much as this makes a person not want to watch, it’s tempting to keep watching. In other words, the man’s commentary was as interesting as the chase.

Man calls cousin while he is in high speed police chase