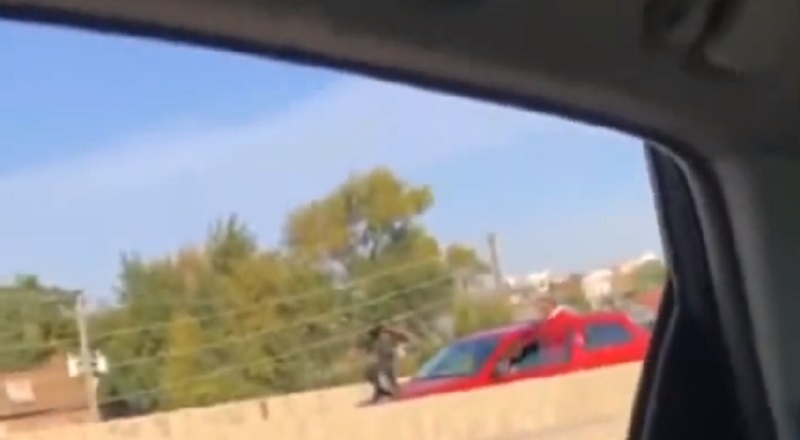 Man gets carjacked at rifle point on Chicago freeway

Chicago is considered one of the most dangerous cities in America. Other cities on that list include Detroit, St. Louis, Memphis, Kansas City, Newark, and Cleveland. However, some say every city is dangerous, and it is all in how the areas are marketed. Honestly, be careful anywhere people are present. But, Chicago is the only place on camera where a person can be robbed of their vehicle on a freeway.

Even in “dangerous” places, the freeways are considered a relatively safe place. Aside from a potential accident, the freeway is an easy way in and out of a town or city. It is rare to get robbed of a vehicle on a freeway. The reason for this is because it is too risky. Normally, it would involve a number of other vehicles. All in all, it would not be worth it. However, in Chicago, this really took place, over the weekend.

While driving down the freeway, a man noticed something in his rear window. There was a man who was on the highway actually holding a rifle in his hands. As the cars were driving by, the man was walking on the outside of the roads. Suddenly, when the man saw a red vehicle, he aimed his weapon at the car. As a result, the driver cut his vehicle off, got out of the car, and allowed the man to leave with his vehicle. The video has gone viral on Twitter.

Man gets carjacked at rifle point on Chicago freeway

A man is carjacked on the Dan Ryan expressway at rifle point near the 18th St exit in #Chicago pic.twitter.com/Yxvy3vIReP