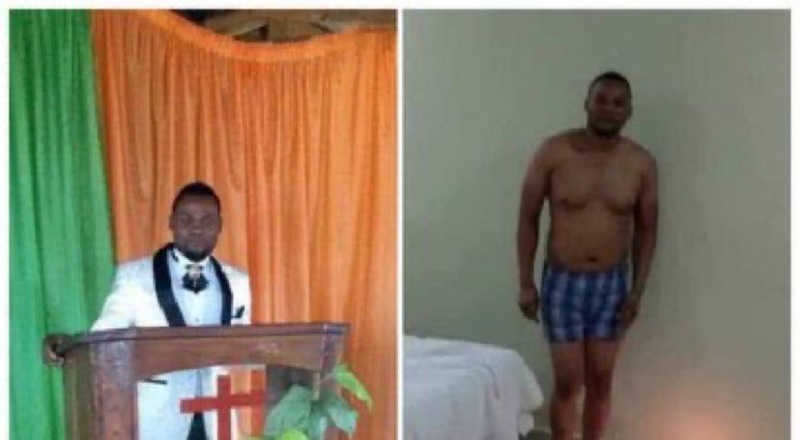 Man catches his pregnant wife cheating on him with their pastor

This afternoon, a video went viral on Twitter of a man who walked in on his wife with another man. The video is heavily explicit, as it shows the woman and the man unclothed. As a result, the video is deemed too graphic for Twitter. Earlier this year, a man posed as an Uber driver and found his wife on a date with another man, and he dumped her. For the obvious reasons, that video gained a lot of attention. However, it pales in comparison to what took place with this man and wife.

First of all, a man welcoming a child with his wife is the ultimate victory. If a man wants to be in the life of his woman, having a child is the peak of it all. Second of all, when a man is expecting a child with his wife, or a significant other, there is a bit of assumed safety. In other words, a man would believe his woman is less likely to cheat on him if she is carrying his child. Third of all, a pastor is the one man a man would trust alone with his woman. However, pastors are human too.

In this situation, the woman was attending the church. It is unclear if the husband also attended the church. Whatever the case, the video begins with a man walking in on a woman and man, both of whom had no clothes on. Quickly, it is established that the man who walked in is married to the woman. The mystery was who the other man was. In the comments, people put together that the other man is the pastor. As a result, the photo is trending on Twitter.

Man catches his pregnant wife cheating on him with their pastor

More in Hip Hop News
Saweetie announces that new “The Single Life” EP is coming on November 18
Louisiana man arrested after threatening to shoot Citi Trends customers and employees, after argument over prices