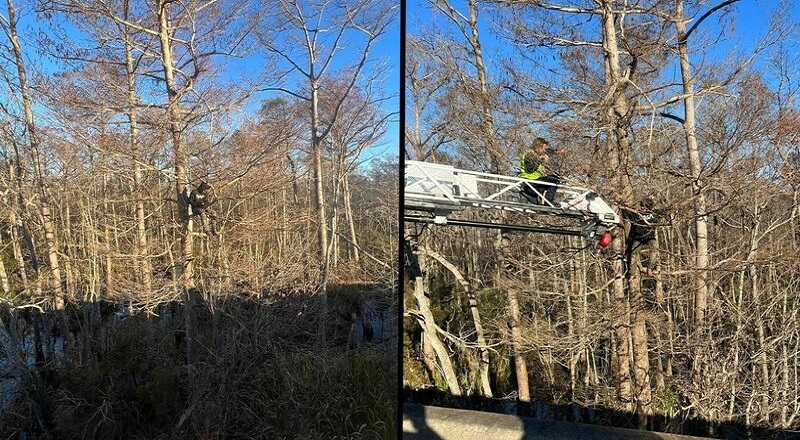 Man gets stuck in tree running from police and needed rescuing

What will people come up with next? If it’s not a man holding Walmart hostage, it’s something like this. A man in Louisiana ended up being on the run from the police, as in on foot. In order to evade the police, he wound up at the top of the tree. However, when he got to the top of the tree, he could not get down. As a result, the man had to call for help. So, this ended up ruining his whole plan of evading the police.

As of press time, the man on the run was not identified. However, the situation is one that is particularly unique. The man was in St. Rose, Louisiana, located off Interstate 30. The man wound up at the top of the tree and was trying to flag down cars on the freeway for help. Finally, the man was located, and the fire rescue came to his aid. The situation only got more bizarre from there, as he wound up getting arrested, after his rescue.

When the man called the rescue, he admitted he was on the run from the police. Upon his arrest, there were no reports of violence. Simply, the man was picked up by the police, and he previously evaded his arrest.

Man gets stuck in tree running from police and needed rescuing

More in Hip Hop News
Russell Westbrook tells the Lakers’ coaching staff they have to be better, during the middle of the game [VIDEO]
Iggy Azalea denies that she made $307,000 in one day on Only Fans