Home » Hip Hop News » Man gets a singer to serenade his wife and expose her for cheating on him, as he announces he is leaving her [VIDEO] 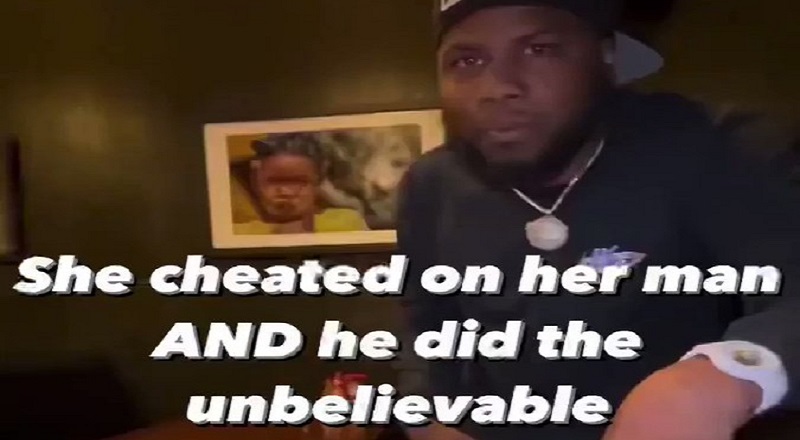 Man has singer serenade his wife to expose her cheating

People handle heartbreak in different ways. Being cheated on is one of the worst feelings any human can receive. As a result, cheating is always considered messy. Outsiders often tell a person getting cheated on to not get mad, just get even. After all, that is the best revenge. This man went over and beyond, once he learned his wife cheated on him.

Women are often cheated on. Rather, when women are cheated on, it is more typical. Sadly, it is almost expected that a man would cheat. However, when a woman cheats, it is almost always controversial. As a result, much more is said when a woman is doing the heartbreaking. None of this had anything to do with this man who got cheated on.

There is a man on Twitter who has gone viral for how he handled his wife, who he learned cheated on him. The man played the situation cool by taking his wife out to a nice dinner. In addition, he had a singer come and serenade her. When the singer began doing his thing, the man got down on one knee. Clearly, the wife was blown away, as she can be heard gasping. Instead of this being a romantic night, the singer changed the lyrics of his songs to indicate that she cheated. After that, the singer’s lyrics said the husband was filing for divorce, taking the house, the kids, and the dog.

Man has singer serenade his wife to expose her cheating