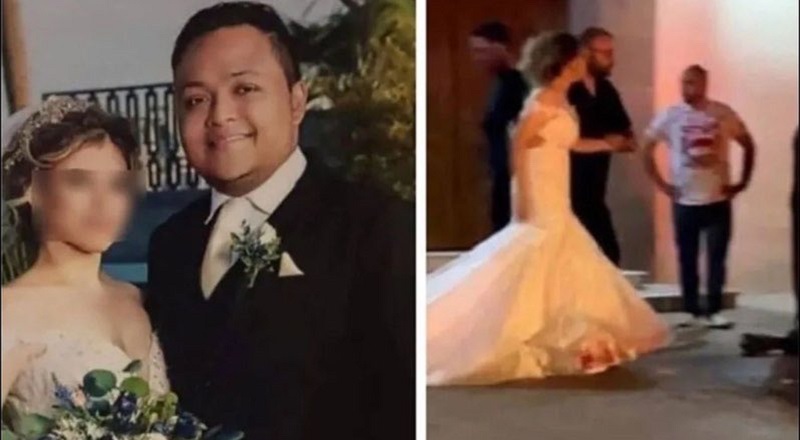 Man was mistakenly fatally shot moments after getting married

Mistakes happen all of the time, but some are more costly than others. Unfortunately, in the case of a newlywed couple, it ended up being fatal. On the left, there is a couple preparing to spend the rest of their lives together. The photo on the right is only moments later. Suddenly, the bride is horrified, looking on as her groom passed away after a fatal shooting in a case of mistaken identity.

Marco Antonio Rosales Contreras married the love of his life, in a nice wedding. Moments later, the man saw his life come to an untimely end. At the age of 32, Marco and his 30 year old wife had their whole lives ahead of them. Instead, just minutes after getting married, the wife is already a widow. As a result, there is an ongoing investigation of what happened. It turns out, Contreras was the mistaken target in a hit. The intended target was also a man getting married.

Unfortunately, Marco Antonio Rosales Contreras was the victim of being at the wrong place at the wrong time at his own wedding date. Another man was getting married, in a nearby town, and there was a hit out on him. As a result, the people sent out to do the job opened fire at the wrong location. After that, Contreras succumbed to his injuries. At the age of 32, he left his wife a widow at age 30 on their wedding date. The investigation is ongoing.

Man was mistakenly fatally shot moments after getting married