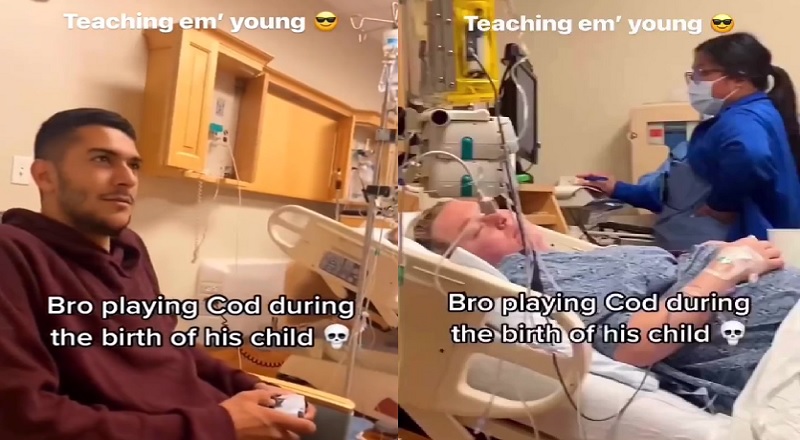 Believe it or not, there was once a time when fathers were not allowed in the delivery room, when the mother was giving birth. Those times have changed and now fathers are active during the delivery of their babies. In addition, hospitals do all they can to accommodate the fathers, while the mothers are giving birth to their children. One hospital allowed a father to bring his gaming console, as he awaited the birth of his child. What happened next was nothing short of viral gold.

Video games began as virtual entertainment for children. However, as the children got older, many of the games were created for mature audiences. In addition, there were some parents who came together and played the games with their children. As a result, video gaming became another form of entertainment. Nowadays, the gaming consoles have the abilities to play movies, search the internet, and play on streaming channels.

Yesterday, a video began trending on Twitter of a woman who was giving birth in a delivery room. The video begins in a heartwarming manner, showing the woman being coached by her doctors. However, as the video pans out, it shows the father of the child playing Call of Duty. Hilariously, this man is focused in on the game, meanwhile the woman is going through the process of bringing a tiny human life into this world.