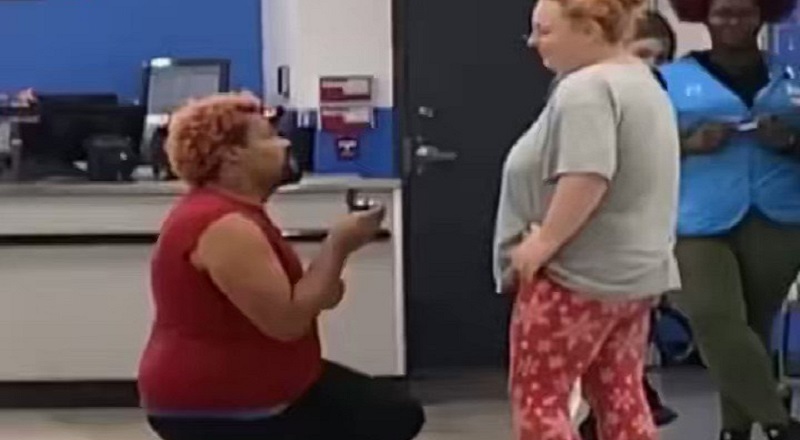 Man proposes to his girlfriend at Walmart customer service

Some of the wildest moments take place at Walmart. A few years ago, a man stood under the ‘P’ at a Walmart Pharmacy, waiting for it to fall on him, so he could sue. As one could imagine, that was a moment people would never forget. This time, a man decided to change both his and his girlfriend’s life in Walmart.

Over the past two years, life as the world knows it has permanently changed. As a result, Walmart has changed. In the early 2000s, the retail chain became a retail giant, by introducing their supercenters. Along with that, Walmart made the commitment to stay open 24 hours a day and seven days a week. Even on holidays, Walmart was open, just not always for 24 hours.

While Walmart may not be open for 24 hours, it was open long enough for one man to make his move. A young couple was in the customer service, as the man decided to surprise his lady. As she stood there, the man got down on one knee and asked her to marry him. The moment was not the typical proposal, but it caught the attention of the entire store. In turn, it caught the attention of social media, as the video has trended on Twitter all evening.

Man proposes to his girlfriend at Walmart customer service

Proposing in Walmart is crazy. pic.twitter.com/Uki5L8fAoI