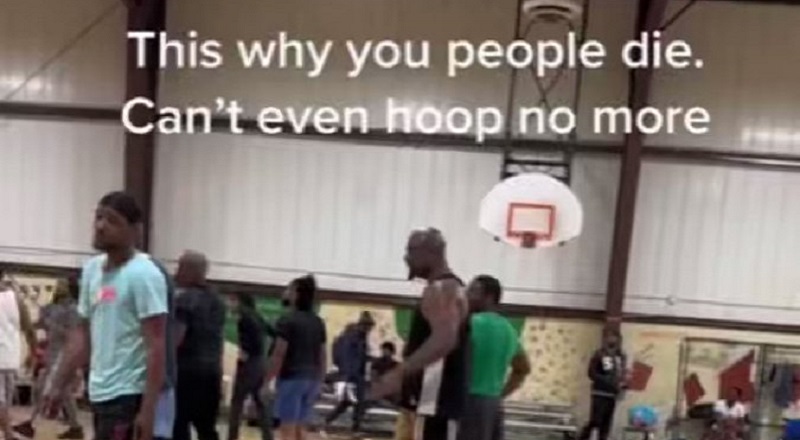 Sadly, it seems as nowhere is safe, these days. Even worse is that people always look for reasons to hurt other people. It seems like actually helping people is a lost art. Something as simple as basketball games are ending with people losing their lives, over winning a game. With so much going on, a game of basketball should be relieving stress, not adding to it.

Anyone who has ever played serious pickup basketball knows how intense it can get. Best friends who are playing on opposing teams will definitely use foul language towards each other. Also, it is not too uncommon for friends on opposite teams to wind up getting in fights with each other. Now, it’s getting even more dangerous than that with something as simple as what should be a friendly game.

There is a video on Twitter that has gone viral depicting some men playing basketball. Things got intense, as those kinds of basketball games can get. As a result, one of the men walks off. However, instead of him cooling off, he actually went to get his gun. After that, he returns to the court with his weapon on his waist. As the argument continued, the man showed the other guys on the court the weapon he was carrying. Overall, this was a cowardly display, as the disagreement likely stemmed from the game.

Bro took his strap during the basketball game from the bench🏀⛹🏽🔫 pic.twitter.com/5L9h0YFX4X

More in Hip Hop News
LeBron James claims that he’s been listening to Migos’ music, ever since he got to the Miami Heat, in 2010 [VIDEO]
Xcellence shares his thoughts on Kanye West’s recent tirades [VIDEO]