Home » Hip Hop News » Mariah The Scientist claps back at fan who said that Young Thug is playing her, from jail 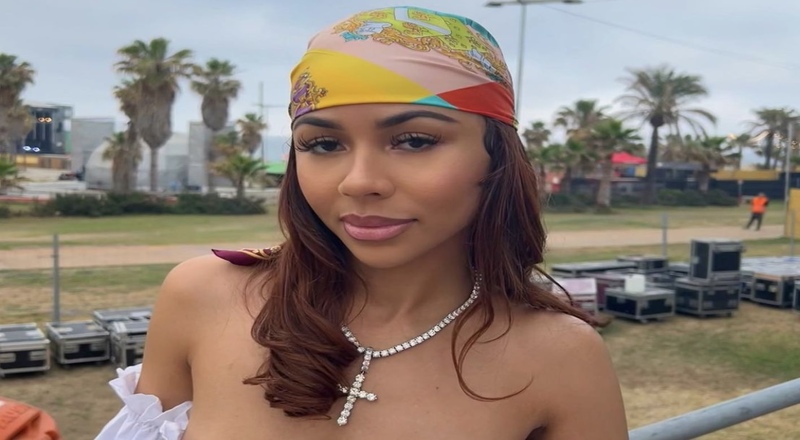 Fan tells Mariah The Scientist that Young Thug is playing her

Mariah The Scientist has been one of R&B’s most underrated stars, over the past several years. Last summer, she put out her “Ry Ry World” EP, which helped her gain even more momentum. This past March, Mariah also released her “Buckles Laboratories Presents: The Intermission” EP. Mariah has also been known for dating Young Thug, over the past year and a half.

Despite Thug still being in jail on a 56-count RICO indictment, with 26 other YSL members, Mariah is still with Thug. Last month, she even posted a photo of a hotel room that Thug got her, which was filled with rose petals and balloons.

Mariah is also now clapping back at critics on Twitter, for her still dating Thug. One even claimed that she’s letting Thug play her from jail. The R&B singer soon clapped back, by saying “U sure got a lot of intel on my life to be a fan who don’t even follow me. I’ll be performing at your school homecoming though, come holla at me, take a pic or sum.”

Thug has since been denied requests for bond, multiple times. He and Gunna will remain in jail until they stand trial, in January 2023.

Fan tells Mariah The Scientist that Young Thug is playing her

Continue Reading
You may also like...
Related Topics:featured, mariah the scientist, young thug

More in Hip Hop News
Claudia Jordan defends Stacey Dash’s DMX comments, saying she may have just learned what caused his passing
NBA Youngboy shoots his shot with Kehlani, in Spanish, on Instagram