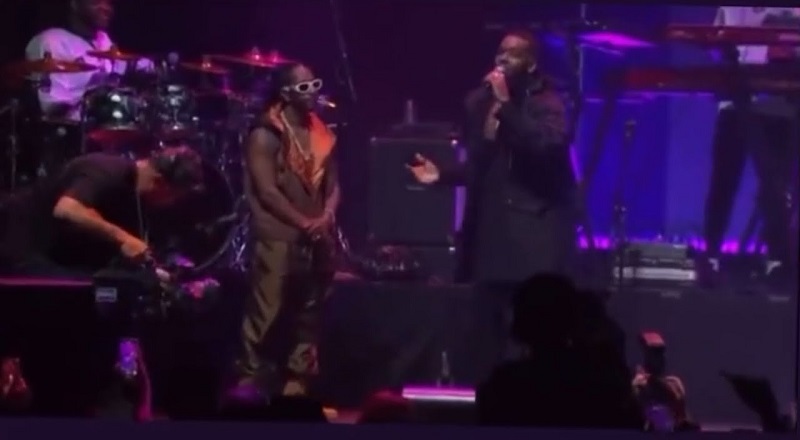 Mario responds to Omarion accusing him of sabotaging his vocals

Mario is a legend in more ways than one. First, Mario has some notable hits under his belt. Second, Mario is a singer who can actually sing. Third, Mario is the one person who clearly bothers Omarion. After Omarion lost Verzuz to Mario, he completely lost his cool.

Mario maintained his cool, starting Verzuz by mocking B2K. But, after the show was over, B2K was mocking Omarion. The group members did not even acknowledge Mario mocking them. Instead, they were focused on dissing Omarion’s performance.

Mario proved to truly be the “unbothered” person on the Verzuz stage. While Omarion was never acclaimed as a gifted singer, he knew how to make good records. During Verzuz, Omarion thought he would easily beat Mario, just based off hits. But, Mario clearly had the win over Omarion. This is something that Omarion spoke on, when he spoke with WGCI. During the interview, Omarion said that he had to use Mario’s sound people, and he insinuated that they may have messed with his vocals.

Mario took to IG Story, where he reposted this interview. In addition, Mario admitted his vocals were not the best in the world. Despite that, Mario said he had a good show and won’t blame anyone for his shortcomings. After that, Mario said O got watermelon seeds stuck in his wind pipes.

Mario responds to Omarion accusing him of sabotaging his vocals

More in Hip Hop News
Kodak Black allegedly arrested in Florida, after being pulled over, and police finding over 30 oxycodone pills, and $50,000 in cash
Kodak Black charged in Ft. Lauderdale, for possession of a controlled substance without prescription, and trafficking in oxycodone