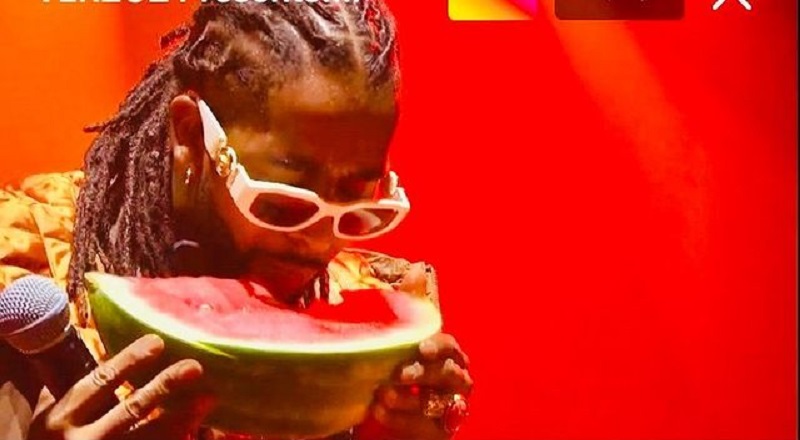 Omarion is all about peace and being “unbothered.” J-Boog explained Omarion’s “unbothered” stance, during the 2019 “Love & Hip Hop Hollywood” reunion. Meanwhile, Omarion just kept doing him. When Omarion and Mario were tapped for Verzuz, few predicted a battle like this.

Omarion and Mario dominated the 2000s. During the summer of 2002, Mario made his debut. With his first single, Mario scored a massive hit. A couple of years later, Omarion made his solo debut. At the time, Mario was back with a bigger massive hit.

Omarion and Mario’s Verzuz has been intense. While fans expected a show, seeing how Ray J was an opening act, Omarion surprised them. Normally, Omarion is about peace. As a result, fans expected a peaceful show. Instead, Omarion is acting like Juelz Santana from his Verzuz. On Instagram, Omarion sets all kinds of thirst traps. One Omarion and his brother use is them eating a watermelon. When Omarion brought the watermelon out during Verzuz, he got clowned.

Omarion has really showed out, during tonight’s Verzuz. Normally, Omarion is even keeled. In light of the battle, Omarion is choosing violence. With this in mind, the Verzuz fans also have smoke for Omarion. As a result, Omarion has been clowned over his vocals, and his insults. After all, Omarion did sign up to take the smoke. In spite of the antics, it was a good show.

More in Hip Hop News
Ray J gets clowned for failing to hit a note on “One Wish” during #Verzuz [VIDEO]
Mario shows off his vocal range during “Crying Out For Me” performance, and Omarion looks defeated while watching #Verzuz [VIDEO]