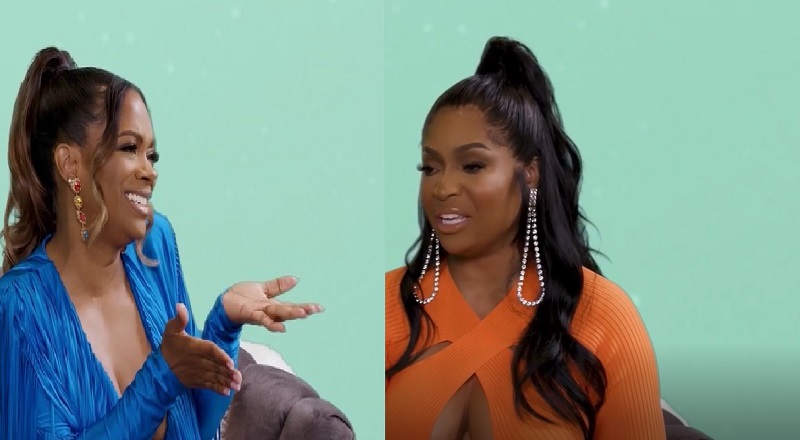 Marlo Hampton has stepped up to become “The Real Housewives of Atlanta” troublemaker. In addition to Kenya Moore, Marlo has targeted Kandi Burruss, this season. On Twitter, Kandi called Marlo out for always speaking on her. In turn, Marlo said something to the effect that she is keeping the ratings going.

Marlo Hampton finally got her peach and she has been raising all kinds of heck, ever since. When Marlo had her girls’ trip, Kenya Moore was not invited. Despite this, Kenya crashed the event. As a result, Marlo paused the trip for an hour, during which time that she tried to make Kenya go home.

Marlo Hampton got into a major argument with Kandi Burruss, on last week’s episode on “The Real Housewives of Atlanta.” During the argument, Kandi’s husband, Todd Tucker, spoke in his wife’s defense, against Marlo. In turn, Marlo began to air out comments Todd made about Kandi, prior to him getting to know her, and marrying her. As a result, Kandi said Marlo needs to find a husband, during the after show. With that being said Marlo said she will find a husband, when Kandi finds herself a wife.