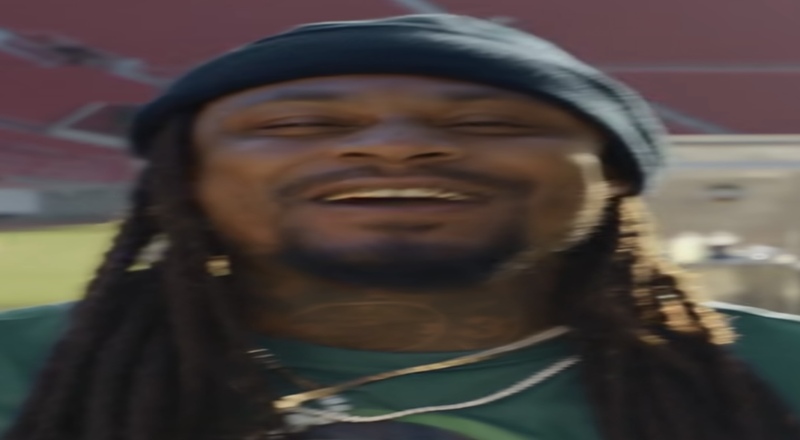 Marshawn Lynch has been one of the biggest NFL personalities, over the past five years. He played 13 years in the league, as he was last with the Seattle Seahawks, in 2019. Lynch also played for other teams such as the Buffalo Bills, as as well as his home team Oakland Raiders, who went on to move to Las Vegas, in 2019.

Lynch also won a Super Bowl with the Seahawks, back in the 2013 season. Lynch has since racked up various endorsement deals, including Frito Lay and Subway.

Now, Lynch is getting into some legal issues, which is extremely rare on his part. According to TMZ, he was arrested in Las Vegas on Tuesday, due to DUI.

The Las Vegas Metropolitan Police Department stated that Lynch was arrested near the Las Vegas Strip, on Fairfield Avenue and West Utah Avenue, around 7:25 AM. He was said to have been driving onto curbs on the side of roads. Shortly after Lynch’s arrest, he was taken to a local jail.

In April, Lynch also became a minority owner of the NHL’s Seattle Kracken. He went into this deal with Macklemore, who is also one of the biggest artists to ever come out of Seattle.

More in Hip Hop News
Ne-Yo reveals he touched Coco’s booty with Ice-T’s permission [VIDEO]
Normani tells fan on Twitter to “shut the f*ck up,” after they said Normani has gotten comfortable and isn’t hungry anymore, to release more music