Home » Hip Hop News » Mase gets dragged on Twitter for signing Fivio Foreign to $5,000 deal; Fans say Mase is just as bad as he claims Diddy is 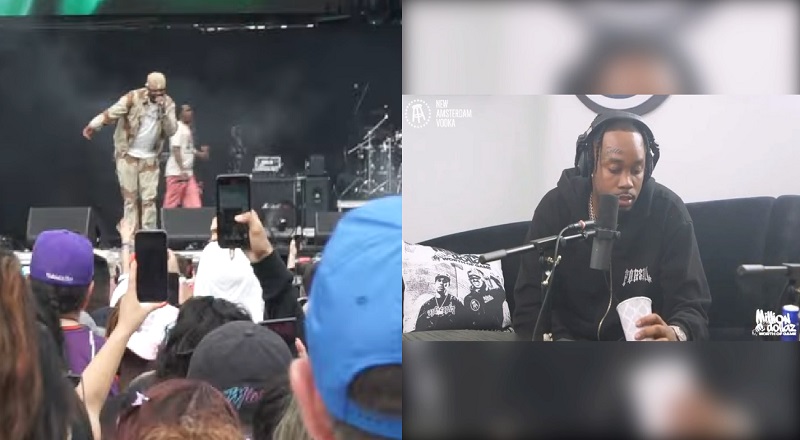 Mase dragged on Twitter for signing Fivio Foreign to $5000 deal

Mase was the most popular rapper in the game, for a brief period of time. Inadvertently, Mase took the position of flagship artist of Bad Boy Records. In actuality, The Notorious B.I.G. was expected to continue his run. Meanwhile, Mase was introduced as the next big star from the Bad Boy label.

Mase wound up thrust into the spotlight, after the unexpected passing of B.I.G. As a result, Mase rose to the top of the game. Abruptly, Mase retired from rap during the promo of his second album. During a radio interview, Mase announced he was leaving rap for the ministry. After that, Mase moved to Atlanta, where he pastored a church. Five years later, Mase returned to rap.

Mase was still signed to Bad Boy Records, but tried to sign to G-Unit Records. This is the reason 50 Cent always targets Diddy on Instagram. Eventually, Mase returned to the rap game, via mixtapes. It looks as if Mase is no longer involved in the ministry, as he has had high profile feuds with Cam’ron and Diddy. On the recent episode of Gillie da King and Wallo’s “Million Dollaz Worth of Game,” Fivio Foreign was a guest. During the interview, he explained his connection to Mase. Fivio revealed he was young and didn’t know much about contracts. As a result, when he met Mase, he signed a $5,000 contract, which he is still under. Now, fans are coming at Mase on Twitter, saying he did Fivio the same way he accused Diddy of doing him.

Mase dragged on Twitter for signing Fivio Foreign to $5000 deal

More in Hip Hop News
Chrisean Rock has fans thinking she is pregnant, as fans notice her stomach in double date pics with Blueface, Halle Bailey, and DDG
Brittany Renner speaks on throwing water on fan, saying she does not tolerate disrespect, and is willing to accept whatever comes from that