Home » Hip Hop News » Mase links with Gillie Da King and Wallo, after Fivio Foreign interview, and refers to himself as “Diddy 2.0” [VIDEO] 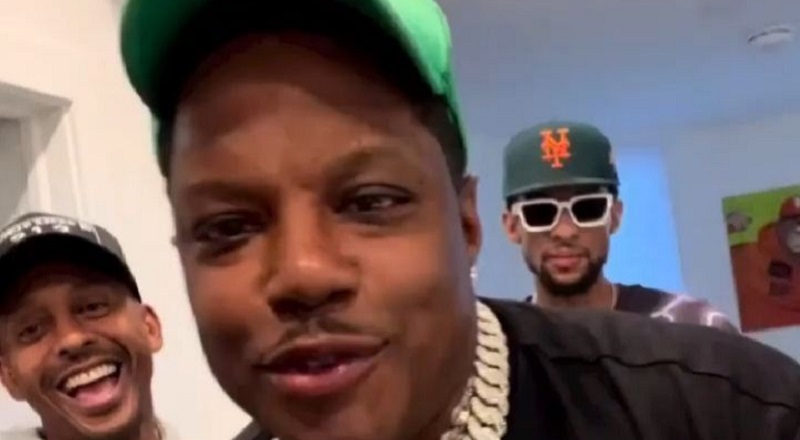 Mase links with Gillie Da King and Wallo and calls himself Diddy 2.0

Mase was briefly the biggest rapper on the planet. In 1996, Diddy, who was then known as Puff Daddy, decided to develop another rapper on Bad Boy Records. At the time, Bad Boy was preparing to release The Notorious B.I.G.’s second album. Meanwhile, Mase was the next artist being promoted by the label.

Mase found himself thrust into the starring role, on Bad Boy Records, after The Notorious B.I.G. died. There was so much momentum that Mase propelled to the top of the charts. While Mase was not the lyricist that Biggie was, he still possessed the star quality. Quickly, Mase showed he was a superstar in the game. When Mase was promoting his second album, he abruptly retired from rap.

Mase returned as a positive rapper, in 2004, before reverting to hardcore rap. As a result, Mase renounced his position as a pastor, returning to being a hardcore rapper. While Mase had trouble leaving his Bad Boy contract, he did become a label owner, himself. After a while, Mase voiced his frustration with Diddy, and aired him out. This came after Mase and Diddy performed together. But, Mase found himself aired out by Fivio Foreign, who accused him of signing him to a bad deal. As a result, Mase reached out to Gillie Da King and Wallo.

Mase has since had the chance to hang out with Gillie Da King and Wallo. It looks like Mase will be responding to Fivio Foreign’s “Million Dollaz of Game” interview with one of his own. In the promo video, Mase is seen laughing with Gillie and Wallo. In addition, Mase jokingly called himself “Diddy 2.0.”

Mase links with Gillie Da King and Wallo and calls himself Diddy 2.0

More in Hip Hop News
YK Osiris shares video where he tells Lizzo she is beautiful and to check her DM [VIDEO]
Crystal Renay announces she is done with marriage to Ne-Yo, via Instagram, and he liked the post [PHOTO]