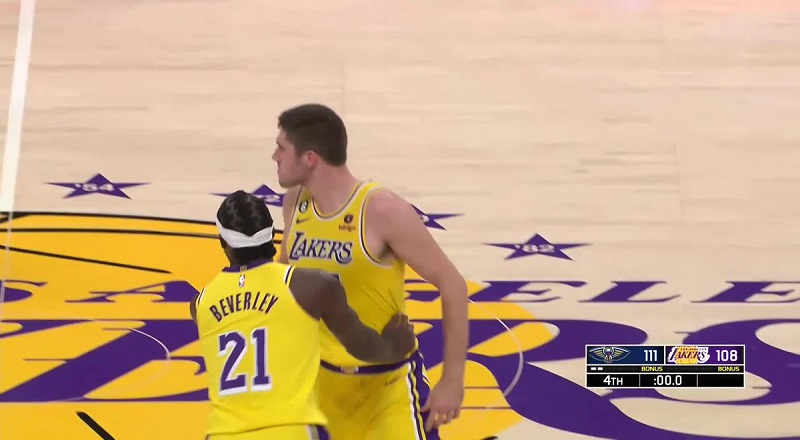 The Los Angeles Lakers and New Orleans Pelicans have a complicated franchise history. Those who are aware of the Pelicans, as a franchise, know their history is a story within itself. But the Pelicans are a team that has been expected to contend throughout its existence. In recent history, the Lakers have involved themselves in this process. Starting in 2011, the franchises began intertwining, as Chris Paul’s final New Orleans Hornets team lost in six games to the Lakers, in the first round of the playoffs. After that, the NBA blocked a trade that would have sent Paul to the Lakers. As a result, he turned the Clippers into contenders.

After losing Chris Paul, the New Orleans Hornets landed the first overall draft pick. Anthony Davis was drafted and the Hornets rebranded as the Pelicans. During this time, the New Orleans Pelicans failed to put a solid team around Davis. As a result, the Pelicans would not make the playoffs until 2015, which was Davis’ fourth year. Circumstances would prevent the Pelicans from returning to the playoffs until 2018. However, they would sweep the Portland Trail Blazers, but would lose to the Golden State Warriors, as they did in 2015. In 2019, the Lakers traded their young core, consisting of Brandon Ingram and Lonzo Ball to the Pelicans for Anthony Davis.

While the Lakers won the 2020 title, they have struggled ever since. Meanwhile, the Pelicans drafted Zion Williamson. Together, he and Brandon Ingram are forming a duo. Last season, the Pelicans won two late season games against the Lakers, ending their playoff hopes. After that, they almost upset the Phoenix Suns in the playoffs. On the flip side, the Lakers began the season 0-5. Earlier this week, they got their first win over the Nuggets. In epic fashion, Matt Ryan saved the Lakers, vs. the Pelicans. Forcing overtime, the Lakers got their second win of the season.