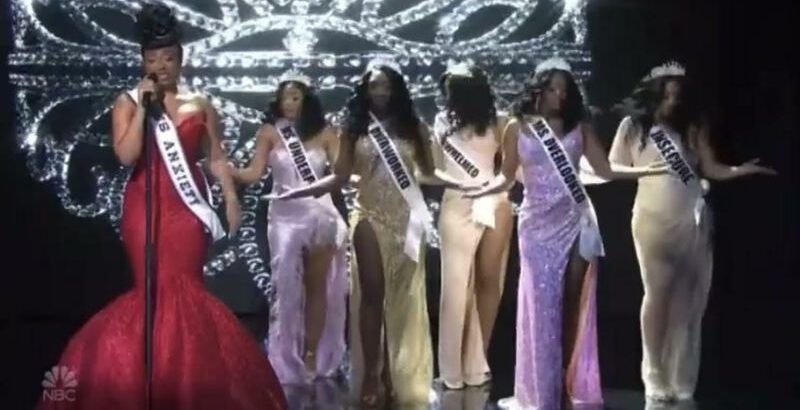 In September, Megan Thee Stallion and “Saturday Night Live” announced that she’d be performing, and hosting the iconic show, on October 15. The H-Town Hottie die so on Saturday night, as she delivered the opening monologue, for SNL. Megan discussed her success, as well as launching her “Bad Bi*ches Have Bad Days Too” website, as that offers a list of free therapy organizations, crisis helplines, and more. This was Megan’s second hosting gig and performance on SNL, since October 2020.

In addition to Megan’s monologue, she also performed her “Anxiety” song, from her new “Traumazine” album. During this set, Meg appeared to get tearfully emotional. This comes as her home in Los Angeles was broken into on Thursday night, and lost $300,000-$400,000 worth of jewelry, cash and electronics. Megan has since said she will be taking a “break.”

Megan has still been a huge fan-favorite in 2022, as her Traumazine album did very well. It debuted at number four on the Billboard 200 chart, which marked her second straight top four album. Traumazine served as Megan’s sophomore album.

Check out Megan Thee Stallion’s SNL monologue and her performing “Anxiety,” below.