Home » Hip Hop News » Megan Thee Stallion speaks with Gayle King about 2020 Tory Lanez shooting incident; Still claims that Tory shot her from the car they were in, after an argument [VIDEO] 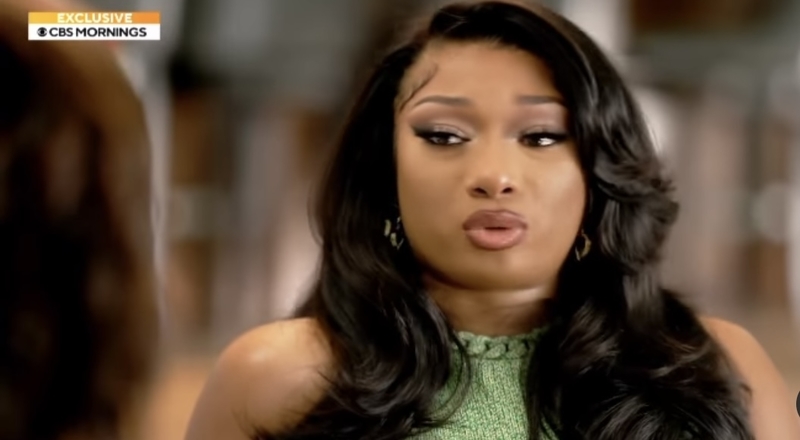 July will mark two years, since Megan Thee Stallion was allegedly shot by Tory Lanez, in Los Angeles. At the time, the two were partying in LA, as an argument supposedly ensued at the end of the night. In the car they were in, Megan’s former best friend, Kelsey Nicole, was also said to have been there.

Megan ended up claiming on Instagram Live, in August 2020, that Tory was the one who shot her in her feet. The Houston rapper added that Tory was allegedly saying “Dance, b*tch,” as he was shooting the gun.

In an upcoming interview with Gayle King of CBS, that will air on Monday morning, Megan maintained her stance that Tory was the one who shot her. She says that situation shouldn’t have gotten to that point, and the argument happened because she was ready to go home, and nobody else was.  Megan also tearfully emphasized that she didn’t raise her voice on anyone, or put her hands on anyone.

Earlier this month, Tory was put in jail for violating his protective order, filed by Megan. A judge believed that Tory was speaking about Megan on Twitter, and soon had to post $350,000 bond.

Megan also relessed her new “Plan B” single, on Friday. She went on to deny that it was about Tory, but her former relationships.