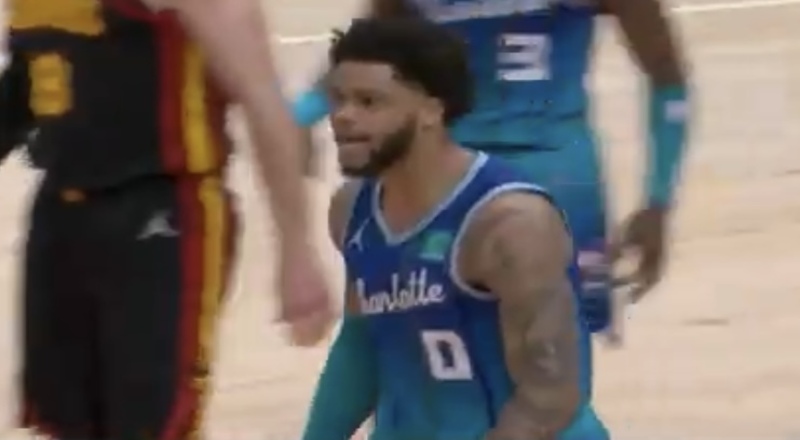 Last month, Charlotte Hornets star Miles Bridges got into very serious legal woes. He was arrested for felony domestic violence, after allegedly attacking his wife, Mychelle Johnson, in Los Angeles. That reportedly stemmed from an argument they had. Johnson posted her injuries on Instagram, as she claimed she suffered a brain concussion, closed fracture of nasal bone, contusion of rib, multiple bruises, strain of neck muscle.

Bridges would go on to turn himself in, and soon posted $130,000 bond. This all occurred days after Bridges was expected to receive a high contract from the Hornets, in NBA free agency.

Now, things are getting even worse, for the star forward. According to TMZ, Bridges has now been charged with felony domestic violence and child abuse. He’s said to have attacked his wife, in front of his children. Full list of charges include “one felony count of injuring a child’s parent and two felony counts of child abuse under circumstances or conditions likely to cause great bodily injury or death.

L.A. District Attorney George Gascon has since released a statement, regarding Bridges’ charges. He will be arraigned on Wednesday, and faces multiple years in prison, if convicted.

“Domestic violence creates physical, mental and emotional trauma that has a lasting impact on survivors. Children who witness family violence are especially vulnerable and the impact on them is immeasurable. Mr. Bridges will be held accountable for his actions and our Bureau of Victim Services will support the survivors through this difficult process.”

More in Hip Hop News
Lizzo’s “Special” album is on its way to debuting at number two in US, and becoming her highest charting album
Asian Doll reveals tracklist for upcoming “Let’s Do A Drill” album